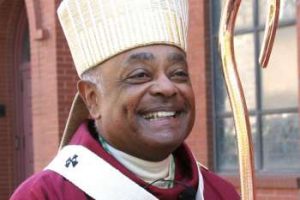 CNA—Newly appointed Archbishop Wilton Gregory made an uncompromising commitment to transparency during his introduction to the faithful of Washington, DC, at a press conference Thursday.

“First of all, I believe that the only way I can serve this local archdiocese is by telling you the truth,” said Gregory at his formal introduction as the next Archbishop of Washington on April 4.

Gregory’s appointment, which was first reported by CNA last week, was officially announced by the Vatican on Thursday.

The new archbishop pledged to be transparent and open in all matters, even when that means that he may admit that sometimes he is not entirely sure of something.

“Transparency includes sharing what you do know, and it also acknowledges that ‘that’s not something that I’m sure of’ or ‘I simply don’t know,’” he said. But, Gregory noted, “I will always tell you the truth as I understand it.

Greogry’s pledge comes as the archdiocese is still reeling from the recent laicization of its former leader, Theodore McCarrick. McCarrick was removed from the clerical state in February after being found guilty of numerous grave offenses, including the sexual abuse of minors and adults. McCarrick led the archdiocese from 2000 until 2006.

McCarrick resigned from the College of Cardinals in July 2018 after allegations of sexual abuse of minors became public. Since then, it was revealed that multiple dioceses had paid settlements to men alleging sexual misconduct by McCarrick while they were studying in seminaries.

None of McCarrick’s abuse allegations date from his time in Washington.

The revelations about McCarrick’s conduct prompted questions about what his successor in Washington, Cardinal Donald Wuerl, knew about the allegations and what, if anything, he did in response. Over the last months of his tenure in Washington, following CNA reports that he first heard allegations against McCarrick in 2004, Wuerl subsequently had to clarify what he knew, when he knew it, and when he, apparently, forgot it.

Wuerl’s resignation was accepted by the Vatican in October 2018. Since then, he has served as the apostolic administrator of the archdiocese. He was present Thursday at the press conference, and introduced Gregory as someone with exemplary pastoral abilities, intellectual gifts, and leadership skills.

In response to a question from the Washington Post, Gregory praised Wuerl, but also acknowledged that his predecessor had made mistakes, for which he has atoned.

“I know [Wuerl] is a gentleman, he works very hard for the Church, he acknowledges he’s made mistakes,” said Gregory.

“That’s a sign of the integrity of the man.”

Gregory said that if a situation ever arises where he would have to account for a mistake made by Wuerl, he would do that. The archbishop decried a culture of clericalism that resulted in what he called a “circling of the wagons” to protect members of the clergy and prevent accountability by bishops.

“I think this moment has shown the folly of that approach to episcopal governance and episcopal collegiality,” said Gregory.

It was this experience, Gregory explained, that will set the tone for his time again leading an institution grappling with a serious crisis.

“I walked away from my time as president knowing this one thing: that I told them the truth as best as I could. And that’s what I will do with the Archdiocese of Washington.”