Archbishop Gomez , president of the U.S. Bishop’s Conference (USCCB) and Archbishop of Los Angeles is not alone among bishops who are seriously concerned with “Catholic” Joe Biden’s consistent and aggressive support for infanticide, abortion-on-demand and public funding of such human atrocities.

This week Bishop Richard Stika, of Knoxville Tennesee, spoke out this week about the situation, and the USCCB’s executive council is in unanimous agreement on these issues.

Bishop Stika does not mince words

Brietbart—by Thomas D. Williams, Ph.D.—The bishop of Knoxville, Tennessee, has urged Catholic to pray for Joe Biden’s soul, begging God that he may undergo a “conversion of heart.”

In a Sunday evening message on Twitter, Knoxville bishop Rick Stika begins by recommending a 2013 film called Parkland that recounts the events surrounding the 1963 assassination of President John F. Kennedy, America’s first Catholic president, before going on to appeal for prayers for Biden.

“Now Biden is the second Catholic President,” Bishop Stika writes. “We too must pray for him but also now that he holds the life and death of the yet to be born, those who believe in religious liberty and freedom of conscience, parental rights in regards to the education of their children and the religious persecution by the national media and so called liberals and progressives, pray for his conversion of heart.”

“Pray for his soul,” the bishop concludes.

In his tweet, Stika was making reference to a number of vital issues where Joe Biden has distanced himself from Catholic teaching, namely, the abortion question, religious freedom, freedom of conscience, school choice, and the persecution of Christians for their beliefs.

Last Tuesday, the president of the U.S. bishops’ conference (USCCB), Los Angeles Archbishop José Gomez, similarly warned that a Biden presidency would present “unique challenges” for the Catholic Church in the U.S., and announced that he has created a bishops’ “Working Group” to deal with a Biden transition. 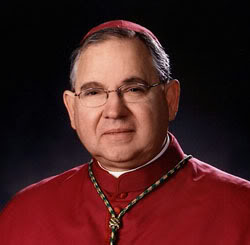 “For only the second time, we are anticipating a transition to a president who professes the Catholic faith. This presents certain opportunities but also certain challenges,” Archbishop Gomez said in a pointed statement.

The bishop of Knoxville, Tennessee, is questioning the integrity of Joe Biden’s Catholic faith, given his public support for abortion. https://t.co/uQwiZm9XjZ

The president-elect has “given us reason to believe that he will support policies that are against some fundamental values that we hold dear as Catholics,” Gomez said. “These policies include: the repeal of the Hyde Amendment and the preservation of Roe vs. Wade.”

“Both of these policies undermine our ‘preeminent priority’ of the elimination of abortion,” the archbishop said.

Along with these positions, Biden has also signaled his support for “the restoration of the HHS mandate, the passage of the Equality Act, and the unequal treatment of Catholic schools,” all of which run counter to Church teaching, Gomez said.

The archbishop insisted that for a Catholic politician to uphold such positions threatens the common good and confuses other Catholics regarding what the Church teaches, adding that his official statement had received “unanimous support” from the bishops’ executive committee.