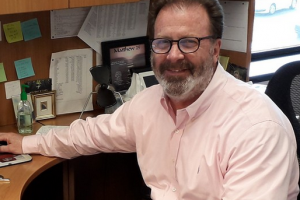 MarketWatch—More than 30 years ago, Philadelphia stockbroker Mark Mulholland bought a sandwich for a homeless man and it changed his life.

“He said to me, ‘Whatever you did for one of the least of these brothers of mine you did unto me,’” Mulholland recalls. “Then he said, ‘That is Matthew, 25.’” He pulled a bible out of his pack and showed Mulholland the quote.

It was a revelation to Mulholland.

At the time, he was actively rediscovering the Roman Catholic faith of his youth. “I went to my Church Ministry course that night humbled,” recalls Mulholland, “and glad to see the connectedness of all three parts of the gospel chapter.”

It was all there, he realized: A holistic Christian message on money and work that in which responsibility is directly tied with charity, and hard work with compassion.

Shortly after this he decided: If he didn’t become a church deacon, he would start a mutual fund, named after “Matthew 25.”

But it’s crushing it.

FactSet reports he’s beaten the index over 20 years. According to the fund’s latest filings, Matthew 25 has beaten the S&P index by an average of 1.3% a year since it was launched, at the end of 1995. And that’s net of expenses of 1.1% a year.

How did he do it? “I believe you make money in the exceptional,” says Mulholland.

Matthew 25 isn’t a Catholic, “religious” fund, he says. He doesn’t screen investments based on dogma. “Scripture is very, very important, but I’m a big fan of [St Thomas] Aquinas.” Instead, he asks, “Are they operating in an… Read More>>

RELATED RESOURCES (after you hit the “Read More” and finish reading the article!! -ed.)