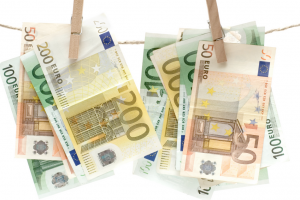 CNA—The Vatican’s “trial of the century”, scheduled to continue in September, has so far offered plenty of drama and raised numerous unanswered questions. One of the most sensitive, not just for Catholics who have donated money to the Vatican, is this: Was Peter’s Pence used to finance investments like the now infamous London property deal?

The pious practice is said to have begun 1000 years ago under the Saxons in England. But when the Vatican confirmed it was selling its shares of a London property for $223 million in a July 1 statement, it made a point of saying the surprising losses incurred — estimated to run to a staggering $119 million — in no way touched “Peter’s Pence or the donations of the faithful.”

Why this clarification? Was money intended to aid the poor misused in the deal?

While the circumstances surrounding the property’s purchase are the focus of the ongoing trial in the Vatican courts, with accusations of fraud and embezzlement against 10 people, the question of how Peter’s Pence has been used requires a look behind the scenes.

A look behind the scenes

The Vatican’s finances have come under scrutiny in recent years, and Pope Francis has ordered the removal of responsibility for financial funds and real estate assets from the Secretariat of State.

The Vatican’s economy prefect, Fr. Juan Antonio Guerrero Alves, SJ, acknowledged “that people have the right to know how we spend the money that is given to us”.

But in 2014, before this papal decision and a wider push for transparency, the Secretariat of State was looking to invest in an oil project in Angola, and then dropped that plan, instead looking at investing in London real estate. The current Vatican trial covers, amongst other concerns, the question of borrowed money and loans surrounding this deal.

In the hearing on June 20 last week, Fabrizio Tirabassi, a former Vatican official, explained in his interrogation that when he started working at the Secretariat of State, there was an Obolo Fund. (Obolo di San Pietro is Italian for Peter’s Pence.)

Tirabassi told the court there originally was an office dedicated to the collection of donations at the Secretariat of State. He said these donations were “managed” by opening dedicated accounts with a whole number of banks.

According to Tirabassi, there were  about “70-80 accounts” for this purpose at the Vatican’s own “bank”, the Institute for the Works of Religion (IOR). Additional accounts existed with the Administration of the Patrimony of the Apostolic See (APSA) but also with Italian financial institutions like Credito Artigiano and Poste Italiane (the Italian Post Office banking system).

This tangled web of accounts was reduced over the last decades, streamlining management of the donations. To this end, a “Peter’s Pence account” — literally Conto Obolo — in the Secretariat of State was designated to hold the funds in one account.

However, whilst this account was still in place at the time of the London deal, it apparently no longer managed the actual Peter’s Pence donations, rather the resources of the Secretariat of State.

According to the figures on the 2021 Peter’s Pence balance sheet, Peter’s Pence allocated about $56 million in 2021 to support the activities promoted by the Holy See in carrying out the apostolic mission of the Holy Father and almost $10 million were allocated to projects that immediately help the needy.

In practice, the $56 million from Peter’s Pence helped fund the $238 million expenses of the Roman Curia.

It is not surprising that most of the St Peter’s Pence collection is destined for the Holy See.

This was the primary purpose of the collection, and has been for centuries, especially since the nineteenth century, after the fall of the Papal States. The goal, then, is precisely to support the Holy Father.