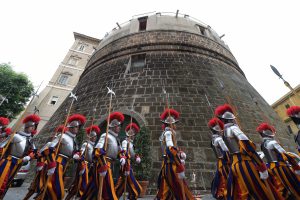 CNA—The Vatican’s financial watchdog authority reported on Monday that it received 104 suspicious activity reports in 2021, an increase from the previous year.

In a 35-page annual report, released on June 13, the Supervisory and Financial Information Authority (ASIF) said that it submitted 21 reports to the Vatican’s Promoter of Justice (prosecutor), the highest number in the past five years.

The watchdog authority is responsible for financial intelligence, as well as combating money laundering and the financing of terrorism. It supervises the Institute for the Works of Religion (the IOR or “Vatican bank”).

In its report, it said: “With regard to financial intelligence activities, in 2021 ASIF’s Financial Intelligence Unit (FIU) received 104 reports of suspicious activity, 98 of which from the obliged entity [IOR], 5 from Vatican authorities, and 1 from a non-profit organization. No reports were received that were directly or indirectly linked to the financing of terrorism.”

“ASIF submitted 21 reports to the Office of the Promoter of Justice, the highest number recorded in the last five years; of these, 3 were first reports and 18 were supplemental reports.”

ASIF reported last year that it received 89 suspicious activity reports in 2020, 16 of which it forwarded to the Promoter of Justice for possible prosecution.

The 2021 report also disclosed that the ASIF sent 34 requests for information to foreign financial intelligence units, while receiving 19 such requests — fewer than in 2020.

ASIF president Carmelo Barbagallo described 2021 as a “year of consolidation” for the organization, which was established by Benedict XVI in 2010 and known as the Financial Information Authority (AIF) until it was renamed in December 2020.

He welcomed the “favorable outcome” of an eagerly awaited 2021 report by Moneyval, the Council of Europe’s anti-money laundering watchdog.

In an interview with Vatican News, Barbagallo noted that the Moneyval review “is of fundamental importance for the action and financial reputation of the jurisdictions that adhere to it.”

“An eventual negative review would have repercussions on the path of transparency undertaken long ago by the Holy See and also risk also complicating financial relationships of institutions like the IOR or APSA with their foreign counterparts,” he said.

“On the other hand, the great work done in previous years, and especially more recently, has prevented that from happening.”

“However, we cannot ‘let our guard down’ in terms of the effectiveness of prevention and enforcement action, because continuous refinement action is imperative that includes frequent instances of verification, also in accordance with international standards.”

René Brülhart and Tommaso Di Ruzza, respectively the former president and director of the AIF, are among 10 people currently facing trial at the Vatican over allegations of financial impropriety. 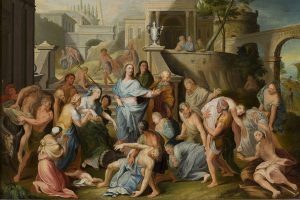