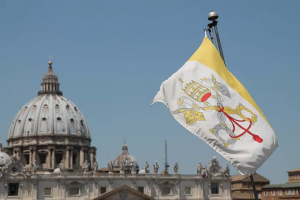 The policy stipulates that Vatican investments should “be aligned with the teachings of the Catholic Church, with specific exclusions for financial investments which contradict its fundamental principles, such as the sanctity of life or the dignity of the human being or the common good.”

The guidelines also say that investments of the Holy See and related entities should aim to contribute to a more just and sustainable world and to generate sufficient return in a sustainable way.

Investments will be made through APSA, the Holy See’s treasury and sovereign wealth manager, and overseen by an ethics committee of four financial professionals headed by Cardinal Kevin Farrell.

According to the policy, the Vatican and related entities may not invest in products and technologies related to “pornography and prostitution; gambling; weapons and defence industry; pro-abortion health centers; and laboratories or pharmaceutical companies that manufacture contraceptive products and/or work with embryonic stem cells.”

Industries which the policy says should be avoided for investment, but are not prohibited, include oil and mining, nuclear energy, and alcoholic beverages.

There will be a one year grace period for Vatican entities to divest of existing investments not in conformity with the new policies.

In April 2021, an Italian investigative news program accused the Vatican’s treasury of investing 20 million euros (then around $24 million) in several pharmaceutical companies involved in making the “morning-after pill.”

Investments, the policy says, should be evaluated to ensure they comply with the principles of the Catholic Church’s social doctrine on human dignity, the common good — including the universal destination of goods — subsidiarity, and solidarity.

The guidelines also exclude investments designed to be speculative or of a speculative strategy “unless necessary for the efficiency of investment transactions or to hedge risk.”

“The decision to invest in one place rather than another… is always a moral and cultural choice,” the policy says.

Investments will be approved through an oversight committee, which was formed last month after nearly two years in the making.

On June 7, Cardinal Kevin Farrell was appointed president of the new oversight committee, a body established by the Vatican’s new constitution, Praedicate evangelium.

Since 2020, the Irish American cardinal has also led a committee to monitor internal Vatican financial decisions which fall outside other accountability norms.

According to the committee statutes, published July 19, members are appointed by Pope Francis for a five year term, with possibility of re-appointment for a second term.