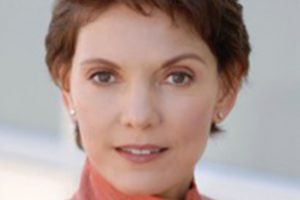 By Reggie Littlejohn
WASHINGTON, D.C.—China’s coercive population control policy turns 37 this week (September 25).  The news media touted the Two Child Policy as having “abandoned,” “ended” or “ditched” the One Child Policy.  However, forced abortion, involuntary sterilization, the monitoring of women’s menstrual cycles, and the sex-selective abortion of baby girls continue.
Over the summer, for example, it was reported that a Chinese woman from Anhui Province died after her husband pressured her into aborting four pregnancies in a year, because he wanted a son.  The couple already had a four-year-old daughter.  After the Two-Child Policy was instituted on January 1, 2016, they decided to have a second child, which the husband determined would be a boy.  When the woman became ill because of the repeated abortions, her husband divorced her.  She used the divorce settlement money (approximately U.S. $2500) to seek hospital treatment, but then died.  Her husband did not visit her in the hospital and was planning on marrying another woman at the time of the report.
Reggie Littlejohn, President of Women’s Rights Without Frontiers, stated,  “My heart breaks for this woman, pressured into four abortions by her husband, then left to die from the trauma – all because he wanted a son!  Brutal son preference remains in China, and as I had predicted, the sex-selective abortion of baby girls continues under the Two-Child Policy.  Second daughters are still aborted or abandoned.”

In an ineffective effort to stem the tide of sex-selective abortions, the Chinese government has made it illegal for a doctor to inform a pregnant woman of the gender of her child.  Nevertheless, people can learn the gender for a price, either by illicit ultrasounds or other means.  Indeed, because of the demand, an “Underground Railroad” is carrying on a “roaring trade” to smuggle the blood of pregnant women from mainland China into Hong Kong, where it is tested for gender.

Government enforced abortion continues under China’s new Two Child Policy.  For example, on July 22, 2016 – more than six months after the institution of the Two Child Policy — a Guangdong couple was told they must have an abortion or both lose their government jobs. The wife was eight months pregnant.

Forced sterilization is still employed under the Two Child Policy, usually against women, but at times against men as well.  A Yunnan man’s ex-wife was sterilized for having three children.  He remarried and had a fourth child, at which point he was sterilized earlier this year.

Meanwhile, the shift to a Two Child Policy has not yielded the number of new births needed to support China’s swiftly aging population.  According to a study by researchers in China and England, the Two Child Policy “will bring only a small increase in population growth.”  In 1965, just 3.3% of China’s population was over the age of 65.  Under the One Child Policy, it was projected that by 2050, 29% would have been over 65.  This percentage is only slightly reduced to 25% under the Two Child Policy.

Littlejohn added, “China’s population problem is not that it has too many people.  It is that it has too few young people to support its rapidly aging population.  Senior suicide is on the rise, as many elderly find themselves abandoned by their families and the Chinese government provides no safety net for them.  China desperately needs more babies, so much so that they are considering paying couples to have a second child.

So why does China continue coercive population control in any form?

“As I have long said, I believe the Chinese Communist Party will never abandon coercive population control, because coercive population control is keeping the regime in power.  Although every couple is allowed to have two children, single women are still forcibly aborted, as are third pregnancies.  Women of childbearing age still have to go in for mandatory pregnancy checks several times a year.  Two Child Policy violators are still forcibly sterilized.  All this instills terror.  The Chinese Communist Party is a brutal, totalitarian regime, which reigns with terror.  The Two Child Policy is social control, masquerading as population control.

“We applaud the Trump administration’s decisive action of defunding the UNFPA, an action for which we have long advocated, because of UNFPA’s complicity with coercive population control in China.

“We call for the immediate, unqualified end to all coercive population control in China.  One out of every five women in the world lives in China.  The women of the world will not be free until the women of China are free.”

In addition to advocating against coercive population control, WRWF’s “Save a Girl” Campaign has saved hundreds of baby girls from sex-selective abortion or abandonment.