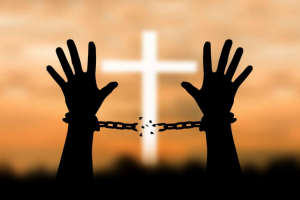 Just a few weeks ago, Nancy Pelosi, D-California, introduced (or re-introduced?) H.R. 5, the so-called Equality Act. This bill would add “sexual orientation” and “gender identity” (SOGI) as protected classes under the federal Civil Rights Act of 1964.  Of course we, as Catholics and Christians, accept each individual as created by God and as such, worthy and deserving of our love, prayers and basic human rights, but THIS bill proposes something far different.. something sinister.  This bill H.R. 5 would essentially criminalize Christian principles!

Speaker Pelosi and those who support this bill would usher in and establish radical sexual ideology and practices that would supercede any citizen’s and any business owner’s religious liberties and First Amendment rights.

This unprecedented law would sanction government discrimination against traditional values and doctrines of religious faiths and the deeply held religious principles of private business employers and their employees.

As Liberty Counsel summarized the bill:

This week, the Democratic-controlled House is scheduled to vote on H.R.5. The intended consequences of this bad law will restrict religious freedoms, chill religious expression and ultimately criminalize sincerely held Judeo-Christian views and values.

After learning more below, consider taking action now by sending your U.S. representative a message to vote “no” on the Equality Act.

What else would House of Representative bill H.R.5 do?

According to the American Family Association, by this so-called “Equality Act,” business owners, employees and customers alike will be subject to a radical social experiment and LGBTQ appeasement:

At Catholic Business Journal WE DO NOT ENDORSE ANY PARTY!

We DO endorse Catholic Principles, regardless of party.

And we definitely endorse plain old common sense!  And there’s certainly none of that in H.R. 5