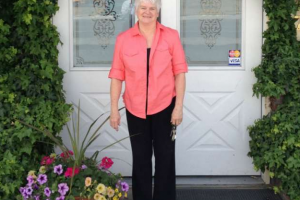 The U.S. Supreme Court sent the case back to the Washington Supreme Court, instructing that the case be reconsidered in the light of Masterpiece Cakeshop decision earlier this month.

In the Masterpiece case, the U.S. Supreme Court sided with Christian cake baker Jack Phillips, who had declined to make a wedding cake for a same-sex couple. The Supreme Court ruled that the Colorado Civil Rights Commission had shown an impermissible hostility toward religion in their handling of the case.

Stutzman’s attorneys have argued that a similar hostility against religion was on display in the handling of Stuzman’s case by Washington’s attorney general.

“While the attorney general failed to prosecute a business that obscenely berated and discriminated against Christian customers, he has steadfastly—and on his own initiative—pursued unprecedented measures to punish Barronelle not just in her capacity as a business owner but also in her personal capacity,” said Kristen Waggoner, senior vice president of Alliance Defending Freedom, the group defending both Phillips and Stutzman.

“In its Masterpiece Cakeshop ruling, the Supreme Court condemned that sort of one-sided, discriminatory application of the law against people of faith,” Waggoner said.

“Also, in the legal briefs that the attorney general has filed in Barronelle’s case, he has repeatedly and overtly demeaned her faith. He has compared her religious beliefs about marriage—which the Supreme Court said are ‘decent and honorable’—to racial discrimination,” Waggoner continued.

“This conflicts with the Supreme Court’s recognition in Masterpiece Cakeshop that it was ‘inappropriate’ for the government to draw parallels between those religious beliefs and ‘defenses of slavery’.”

In 2013, Rob Ingersoll, a long-time friend and customer of Stutzman, asked her to arrange flowers for his same-sex wedding ceremony.

Stutzman knew that Ingersoll was gay, and had always been happy to create flower arrangements for birthdays and other special occasions.

However, because she believes marriage to be a sign of the relationship between Christ and his Church, she told Ingersoll that she could not make a flower arrangement for a same-sex wedding.

Ingersoll initially said that he understood and asked her to recommend another florist. Later, however, his partner posted a message on social media about Stutzman declining to take part in the wedding, and it went viral. Soon afterward, she was informed that she was being sued by the Washington State attorney general and the ACLU.

Stutzman, who is Southern Baptist, has said that she views weddings as more than just a job. She spends months or even years getting to know the bride and groom, to understand their vision and what they want to convey.

Livelihood at risk, plus Encouragement and Death Threats

Because her wedding arrangements are such a deeply personal labor of love, she said that she felt that she could not in good conscience design flower arrangements for a same-sex wedding.

In February 2017, the Washington Supreme Court upheld a lower court ruling against Stutzman. She then appealed to the U.S. Supreme Court to hear her case.

While the actual damages being sought by the gay couple are only around $7 – the mileage cost of driving to another florist – Stutzman could be responsible for more than $1 million in legal fees to nearly a dozen ACLU lawyers opposing her in the case. Her home, business, savings, and personal assets are all at risk in the case.

Over the last four-and-a-half years, Stutzman said she has received an outpouring and support and messages of encouragement from 58 countries, but also death threats that have required her to install a security system and change her route to work.

In a statement earlier this month, Stutzman said that she serves all customers, but cannot create products for events that conflict with her deeply-held religious beliefs.

She said the Washington attorney general “has always ignored that part of my case, choosing to vilify me and my faith instead of respecting my religious beliefs about marriage.”

“He didn’t do that. For him, this case has been about making an example of me—crushing me—all because he disapproves of what I believe about marriage.”