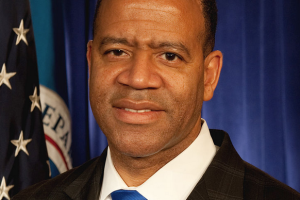 NAPA INSTITUTE: Five Victims of Cultural Bullying Due to Religious Expression Lead Off Day 2 of the Napa Institute

Special to the Catholic Business Journal—NAPA, CA – Alliance Defending Freedom’s (ADF) Kelly Fiedorek opened the second day of the Napa Institute with a panel discussion the “Future of Religious Freedom.” Her opening remarks provided context on both where we are and how religious freedom is a benefit to all.

Four victims, constituting three cases, of cultural bullying by those trying to suppress religious liberty served as panelists—Kelvin Cochran, Norvilla Etienne, and Steve and Bridget Tennes. ADF represents all three cases in their fight against those who publicly proclaimed the beliefs of these victims reminiscent of attitudes that led to the Holocaust and therefore despicable. The Tennes were even ordered to go to counseling.

While each case is notable, Cochran’s was exceptional as he was a top government official in Atlanta. He was named Atlanta’s Fire Chief in 2008 – a position he served until 2009 when was called to serve in the Obama Administration as a fire administrator. In 2010 Cochran returned to Atlanta where he was unanimously confirmed to once again serve as Atlanta’s Fire Chief. In his capacity, Fire Chief Cochran played a critical role in eliminating “-isms”—sexism, favoritism, racism, nepotism, etc.—in public service. Then, suddenly, Chief Cochran’s storied career went up in smoke, all because of a book he wrote for a men’s Bible study group at his Baptist church.

“We are seeing an erosion of freedoms,” Fiedorek noted. “A polite persecution led by efforts to suppress conscience.”

The loss of religious freedoms has costs for everyone, including:

Cochran closed the session by delineating five things he has learned through his ordeal:

The Napa Institute was inspired by a 2010 essay, “The Next America,” (First Things) written by Philadelphia’s Archbishop Charles Chaput OFM Cap., and resembles the Aspen Institute with provocative talks given by leading Catholic clergy, authors, and laypeople. The Institute, which is in its seventh year, was co-founded by the Rev. Robert Spitzer, S.J., former president of Gonzaga University, and Tim Busch, a successful lawyer and entrepreneur in the hospitality business. The aim of the Institute is to better equip Catholic leaders to face the challenges of the “next America.” More than 550 people from all over the world are attending this year’s four-day conference.

Thomas A. Loarie reports live from the Napa Institute and is a columnist and senior editorial advisor for Catholic Business Journal, one of three rotating hosts on the popular “The Mentors” radio show, and the of Bryologyx. He may be reached at [email protected] 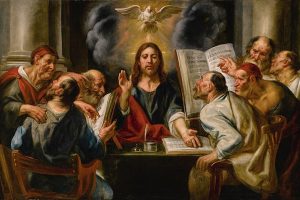