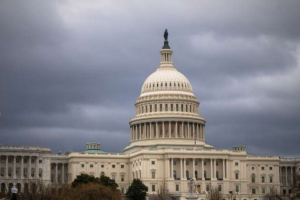 CNA—The House on Thursday passed the Equality Act, a bill that the U.S. bishops have warned would trample religious freedom protections while codifying gender ideology in federal law.

By a vote of 224 to 206, the House passed the Equality Act only six days after it was introduced on Feb. 18. The legislation, sponsored by Rep. David Cicilline (D-R.I.), recognizes sexual orientation and gender identity as protected classes under civil rights law and forbids discrimination on the basis of those classes in a number of areas.

The U.S. bishops’ conference (USCCB) has opposed the legislation, saying it upholds gender ideology and the redefinition of marriage and frames gender as simply a “social construct.” Furthermore, it would “punish” religious groups opposed to these beliefs, the conference warned.

Through the bill, Congress is forcing “novel and divisive viewpoints regarding ‘gender’ on individuals and organizations,” stated a Feb. 23 letter by five USCCB committee chairs to members of Congress.

The act, they said, “includes dismissing sexual difference and falsely presenting ‘gender’ as only a social construct.”

They warned that the bill could force church halls to “host functions that violate their beliefs.” Women would have to share shelters, sports, and locker rooms with biological males identifying as transgender females. Religious adoption agencies would have to match children with same-sex couples or possibly face closure.

The legislation prevents religious freedom claims from being made by individuals and groups under the Religious Freedom Restoration Act. The landmark 1993 law has been invoked by many as a defense against various government mandates, but the Equality Act would override those religious freedom protections.

During House debate over the legislation, Rep. Vicky Hartzler (R-Mo.) said the bill “dismantles Title IX” protections for girls’ sports. Religious adoption agencies in several states have already been shut down because of mandates that they place children with same-sex couples, she said.

“The Equality Act stipulates that religious beliefs and faith no longer matter in the Democrats’ new world order,” Hartzler said.

The bill would override conscience protections for health care workers, said Rep. Yvette Herrell (R-N.M.). The act would “force both people and organizations in everyday life and work settings to speak and act in support of gender transitions, including health care workers and licensed counselors, even when it’s against their professional judgement,” she said.

Under the act, “it is Washington, D.C., that ultimately decides the morality of our children and our churches,” Herrell said.

Pro-life groups have also warned that the legislation could expand taxpayer-funded abortion, as it amends civil rights law to forbid “pregnancy” discrimination. Thus, they say that women seeking abortions under the law could claim discrimination if they are denied an abortion.

“Tragically, this Act can also be construed to include an abortion mandate, a violation of precious rights to life and conscience,” the bishops wrote in their Feb. 23 letter.

The pro-life Susan B. Anthony List called the bill a “Trojan horse” that upholds “a ‘right’ to abortion,” as it “equates abortion with pregnancy and childbirth.”

The president of a Catholic college also warned that, under the legislation, professors could be censored for teaching the truth about marriage and sexuality.

“It doesn’t ensure equality for our faculty, who would not be allowed to proclaim the truth about human dignity and sexuality,” Father Dave Pivonka, TOR, president of the Franciscan University of Steubenville, said of the act.

President Biden promised to sign the act within his first 100 days in office. The bill now moves to the Senate for consideration.