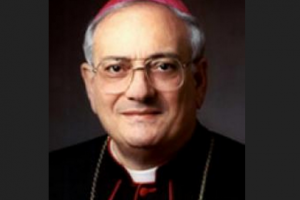 New York’s Gov. Andrew Cuomo may have met his match in the Catholic Bishop of the Diocese of Brooklyn, led by Bishop Nicholas DiMarzio.

Bishop DiMarzo is asking the US Supreme Court to strike down Cuomo’s Oct. 6 executive order virtually shutting down houses of worship in areas of Brooklyn and Queens.

Cuomo’s order, which he insists is to battle China’s COVID-19, nonetheless allows pet stores, big box retailers and others to remain open.

“The diocese counters that the governor is making a value judgment that going to Target is essential, but taking communion isn’t. The diocese is right: For devout Catholics already suffering social isolation during the lockdown, finding church doors closed is soul-crushing,” writes NY Post’s Betsy McCaughey.

Churches already now follow health safety procedures such as requiring masks, roping off every other pew and social distancing.

Even so, New York Gov. Cuomo capped the number of people in a church to 10, including massive church buildings capable of easily accommodating 1,200 people.

THIS IS NOT SCIENCE

She goes on to report that in a lower-court hearing, Bryon Backenson, an official in the state Department of Health, testified that the ­orders targeting the houses of worship “were made in the governor’s office,” and not by his department or its epidemiologists.

Two Orthodox Jewish groups filed a similar appeal to the Supreme Court for relief, arguing that Cuomo “made it impossible” for the groups to “exercise their religious faith.”

Essentially the Court is being asked to distinguish between emergency powers granted to a goverment during a pandemic vs. the fundamental human rights guaranteed to all citizens under the U.S. Constitution.

“It pains me to say this,” Justice Samuel Alito observed in a speech to the Federalist Society last week, “but in certain quarters, religious liberty is fast becoming a disfavored right.”

The Supreme Court Justice went on to indicate the kind of lawmaking by executive fiat that is occurring in states like New York “has resulted in previously unimaginable restrictions on individual liberty.”

“Americans need to demand that their legislators limit the emergency health powers being wielded by governors,” McCaughey observes. “State lawmakers need to limit their duration and scope. Some states are already doing so, including ­Michigan and Wisconsin. Unfortunately, in a one-party state like New York, there’s no will to buck the governor.

“The public ends up the loser. ­Imagine if New York legislators were asked to vote on shutting down churches. They wouldn’t dare. Yet Cuomo does it with ­impunity, just the way he is shutting down restaurants and other businesses people have spent their lives building. The ultimate remedy is to return to democratic government and end the reign of these petty tyrants.”

Betsy McCaughey is a former lieutenant governor of New York.