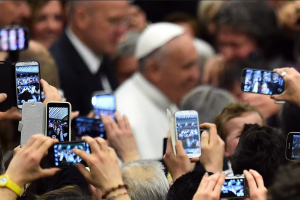 When the late William F. Buckley set out to find a religion editor for National Review, he was careful to choose a Protestant. Though a Catholic himself, Buckley feared that his magazine—by then, already the flaghship of American conservatism—was becoming “too Catholic.” Eventually, he settled on a bombastic Lutheran minister named Richard John Neuhaus. Alas for Buckley: shortly after taking his post, the Rev. Mr. Neuhaus joined the Catholic Church. A year later, he became a Father.

The American conservative movement has always been distinctly Catholic, much to the embarrassment of many conservatives—and many Catholics, for that matter. Of course, this doesn’t include Crisis Magazine. Along with our publisher, Sophia Institute Press, we were the only Catholic apostolate among the sponsoring organizations of CPAC 2020.

What Catholics sometimes lack in dollars, though, we make up for in manpower. On Wednesday, hundreds of men and women (most of them under 40) traipsed about the convention center with ashen… Read More>>

… among the younger Catholics I spoke to at CPAC, the buzz was about Pope Francis’s Ash Wednesday reflection. The Pontiff urged the thousands who gathered in… Read More>>

…  “I accidentally deleted my Twitter last year,” [a friend] confessed. “I deactivated my account, figuring I could use a break. It was only supposed to be a few weeks, but, when I went to reactivate it, I realized I’d passed the 30-day period. It was gone forever.” He shrugged. “I don’t miss it.”

And why would he?