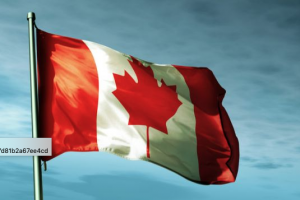 A Night with the Untouchables

By David Maybury | The Reformed Physicist

I live in downtown Ottawa, right in the middle of the trucker convoy protest. They are literally camped out below my bedroom window. My new neighbours moved in on Friday and they seem determined to stay.

I have read a lot about what my new neighbours are supposedly like, mostly from reporters and columnists who write from distant vantage points somewhere in the media heartland of Canada. Apparently the people who inhabit the patch of asphalt next to my bedroom are white supremacists, racists, hatemongers, pseudo-Trumpian grifters, and even QAnon-style nutters.

I have a perfect view down Kent Street – the absolute ground zero of the convoy. In the morning, I see some protesters emerge from their trucks to stretch their legs, but mostly throughout the day they remain in their cabs honking their horns.

At night I see small groups huddled in quiet conversations in their new found companionship. There is no honking at night. What I haven’t noticed, not even once, are reporters from any of Canada’s news agencies walking among the trucks to find out who these people are. So last night, I decided to do just that – I introduced myself to my new neighbours.

At 10pm I started my walk along – and in – Kent Street. I felt nervous. Would these people shout at me? My clothes, my demeanour, even the way I walk screamed that I’m an outsider.

All the trucks were aglow in the late evening mist, idling to maintain warmth, but all with ominously dark interiors. Standing in the middle of the convoy, I felt completely alone as though these giant monsters weren’t piloted by people but were instead autonomous transformer robots from some science fiction universe that had gone into recharging mode for the night.

As I moved along I started to notice smatterings of people grouped together between the cabs sharing cigarettes or enjoying light laughs. I kept quiet and moved on.

Nearby, I spotted a heavy duty pickup truck, and seeing the silhouette of a person in the driver’s seat, I waved. A young man, probably in his mid 20s, rolled down the window, said hello and I introduced myself. His girlfriend was reclined against the passenger side door with a pillow to prop her up as she watched a movie on her phone. I could easily tell it’s been an uncomfortable few nights.

I asked how they felt and I told them I lived across the street.

Immediate surprise washed over the young man’s face. He said, “You must hate us. But no one honks past 6pm!”

That’s true. As someone who lives right on top of the convoy, there is no noise at night. I said, “No, I don’t hate anyone, but I wanted to find out about you.”

The two were from Sudbury Ontario, having arrived on Friday with the bulk of the truckers. I ask what they hoped to achieve, and what they wanted. The young woman in the passenger seat moved forward, excited to share. They said that they didn’t want a country that forced people to get medical treatments such as vaccines.

There was no hint of conspiracy theories in their conversation with me, not a hint of racist overtones or hateful demagoguery. I didn’t ask them if they had taken the vaccine, but they were adamant that they were not anti-vaxers.

The next man I ran into was standing in front of the big trucks at the head of the intersection. Past middle age and slightly rotund, he had a face that suggests a lifetime of working outdoors. I introduced myself and he told me he was from Cochrane, Ontario. He also proudly pointed out that he was the block captain who helped maintain order.

I thought, oh no, he might be the one person keeping a lid on things; is it all that precarious? I delicately asked how hard his job was to keep the peace but I quickly learned that’s not really what he did. He organized the garbage collection among the cabs, put together snow removal crews to shovel the sidewalks and clear the snow that accumulates on the road. He even has a salting crew for the sidewalks. He proudly bellowed in an irrepressible laugh “We’re taking care of the roads and sidewalks better than the city.”

I waved goodbye and continued to the next block.

My next encounter was with a man dressed in dark blue shop-floor coveralls. A wiry man of upper middle age, he seemed taciturn and stood a bit separated from the small crowd that formed behind his cab for a late night smoke.

He hailed from the Annapolis Valley, Nova Scotia. He owned his own rig, but he only drove truck occasionally, his main job being a self-employed heavy duty mechanic. He closed his shop to drive to Ottawa, because he said, “I don’t want my new granddaughter to live in a country that would strip the livelihood from someone for not getting vaccinated.”

He introduced me to the group beside us. A younger crowd, I can remember their bearded faces, from Athabasca, Alberta, and Swift Current Saskatchewan.

The weather had warmed, and it began to rain slightly, but they too were excited to tell me why they came to Ottawa. They felt that they needed to stand up to a government that doesn’t understand what their lives are like.

To be honest, I don’t know what their lives are like either – a group of young men who work outside all day with tools that they don’t even own.

Vaccine mandates are a bridge too far for them. But again, not a hint of anti-vax conspiracy theories or deranged ideology.

I made my way back through the trucks, my next stop leading me to a man of East Indian descent in conversation with a young man from Sylvan Lake, Alberta. They told me how … read excellent full post>>