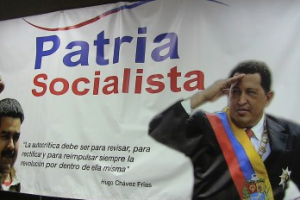 SAN JUAN, Puerto Rico– It is estimated that there are between 17,000 and 20,000 evangelical churches in Venezuela. Speaking directly to these churches and to Venezuelans who have been driven from their home country due to the ongoing humanitarian crisis, Rev. Samuel Rodriguez issues the following statement on behalf of the National Hispanic Christian Leadership Conference (NHCLC):

“The time has come, and indeed is long overdue, for Nicolás Maduro to acknowledge what’s already true, that he is now illegitimate and must step down as president of Venezuela. The charge of the nation must be placed back into the capable hands of the National Assembly, the last remaining internationally recognized political body in Venezuela, and the assembly’s choice of new interim president, Juan Guaidó.

Already recognized by 10 EU countries, Canada, the U.S. as well as key South American powers Brazil and Colombia, Guaidórepresents the last-best hope to restore Venezuela to its previous prosperity and the rule-of-law. Now is the time for the Venezuelan people to cast off the corruption, oppression, and poverty wrought by their socialist dictator, Maduro, and his predecessor Hugo Chavez. Now is the time for the proud Venezuelan people to take hold once again of their destiny and return their nation’s future to one filled with hope and promise. We at the NHCLC stand with Venezuelan people as we pray that their beautiful country will avoid any further violence – even civil war – and that its next chapter would be marked by a peaceful transition of power.”

Rev. Samuel Rodriguez is president of the National Hispanic Christian Leadership Conference, executive producer of “The Impossible” with 20th Century Fox, and bestselling author of “Shake Free.” He has been named by CNN and Fox News as “the leader of the Hispanic Evangelical movement” and TIME Magazine nominated him among the 100 most influential leaders in America.