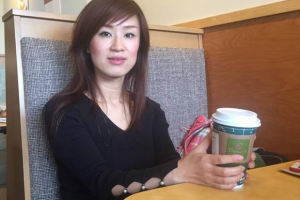 ‘Damn socialism, why are you chasing me?’ Chinese-Americans see ghost of communism in Democrats’ leftward turn

As Catholic business professionals living our faith and doing business in today’s global culture and workplace environment, it is imperative that we clearly know the difference between socialism, communism and capitalism. It’s also critical that we know why Popes throughout the ages have repeatedly condemned the severely individual-ignoring, freedom-restricting, government-imposing principles of socialism and communism. This article delivers a first-hand, practical account of this important matter. —ed.

Washington Examiner—When Saga Zhou first moved to the United States from China in 2009, she steered clear of politics. The Communist Party rules supreme in China, so most Chinese immigrants bring a built-in aversion to political involvement.

But Zhou’s interest in politics was piqued as she began to see the American Left embracing policies that reminded her of those she’d fled in China.

One such policy was the Left’s support for late-term abortion. When she lived in China, Zhou, like many young Chinese, didn’t consider abortion to be a big deal. But her view changed after moving to America, getting married, and bearing two children.

“After I became a mother, my understanding about life fundamentally changed,” she told me when we met at a Panera Bread in Irvine. “Now I am totally a mother.”

Zhou said her heart broke upon learning about a Virginia bill to loosen restrictions on late-term abortions. Appearing on a radio show as the bill was being debated, Democratic Gov. Ralph Northam pledged to sign the legislation, even suggesting it would sanction infanticide.

“Oh, when I saw the news, I cannot even open [the article],” Zhou said through tears. “It was really hard. I just felt something really strong into my chest. And then I said, ‘Let me adopt him, don’t kill him.’”

The proposed law hit especially close to home for Zhou, whose mother became pregnant with her just as China’s government began implementing its brutal one-child policy.

The policy prohibited most couples from having more than one child. Women who became pregnant with a second child were often forced to undergo sterilization; sometimes their babies were killed in the womb. Though she was her mother’s second child, Zhou escaped death because the one-child policy had not yet been implemented in her city.

“Somebody has to understand the roots, where these policies come from,” Zhou said. “That’s why I’m so pissed. Damn socialism. Why are..  Read more>>