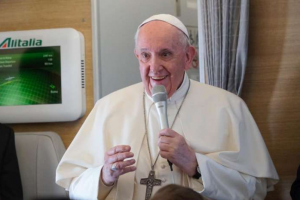 Vatican Change of Plans: No Mass with Pope Francis for Biden

CNA—President Joe Biden’s attendance at early morning Mass with Pope Francis has been nixed from an early plan of the June 15 meeting of both leaders, a reliable Vatican source told CNA.

President Biden, who is in Europe for several high level meetings, is taking off the morning of June 15 to meet Pope Francis as President of the United States for the first time. The President’s entourage had originally requested for Biden to attend Mass with the Pope early in the morning, but the proposal was nixed by the Vatican after considering the impact that President Biden receiving Holy Communion from the Pope would have on the discussions the USCCB is planning to have during their meeting starting Wednesday, June 16. The U.S. bishops are slated to vote on creating a committee that would draft a document about Eucharistic coherence.