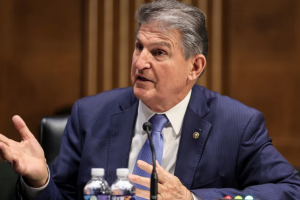 NatonalReview,LifesiteNews—Senator Joe Manchin (D-W.VA.) has said he will not vote for any Democrat reconciliation bill without the Hyde Amendment to protect Americans from having to fund abortions.

As Democrats advance massive legislation to exponentially increase government spending, pro-life groups are very concerned about the prospects for overturning Hyde and forcing Americans to fund killing babies in abortions. Joe Biden, Nancy Pelosi and Congressional Democrats have been working overtime to scrap the protections that have been in place since the 1970s to ensure Americans are not compelled to have their tax dollars spent on abortions — which is something a majority of Americans have always opposed.

As National Review reports, Manchin is a no go for launch on an abortion-funding bill, saying reconciliation is “dead on arrival” in the Senate if it doesn’t include Hyde:… read more>>