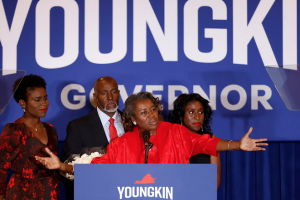 Glenn Youngkin, a businessman making his first foray into electoral politics, is the first Republican to be elected governor in Virginia in over a decade. At the time the race was called, Youngkin was leading Democrat Terry McAuliffe by 11 points and nearly 200,000 votes. McAuliffe, who described himself as a “brick wall” in favor of abortion rights, made abortion a central part of his campaign.

“I’m telling you that what you are looking at is the American dream,” 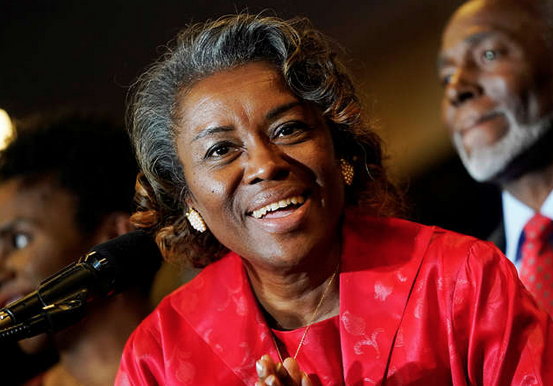 said Winsome Sears, a Republican, the first Black woman elected statewide and the first naturalized citizen to hold the position.

“In case you haven’t noticed, I am Black. And I have been Black all my life, but that’s not what this is about,” she continued.

“What we are going to do now is be about the business of the Commonwealth,” she said. “We have things to tend to. We are going to fully fund our historically Black colleges and universities. We’re going to have safer neighborhoods, safer communities, and our children are going to get a good education.”

Members of “The Squad” (AOC-Alexandria Ocasio-Cortez, Rashida Tlaib, Cori Bush and Ayanna Pressley) stay absolutely silent on Sears’ historic win, proving the lie to their self-proclaimed pro-woman, pro-women of color fake narrative. Despite blathering on about an abortion activist woman who won in Boston, only deafening silence for Virginia’s HISTORIC election of a woman of color.  No tweet. No social media mention. No praise. No support. … But for those of us who are pro-life and common sense:  God Bless this Victory! 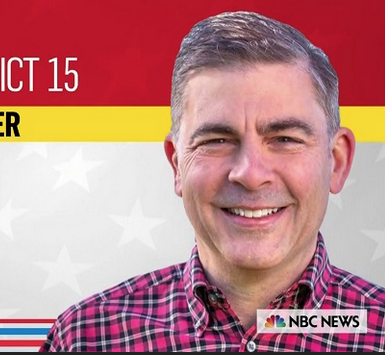 “Carey’s support for commonsense pro-life policies like the Hyde Amendment and protecting unborn babies from late abortions resonated with voters,” says Carol Tobias, president of National Right to Life. “Conversely, Allison Russo’s embrace of abortion without limits and funded by taxpayers proved to be a nonstarter.”

National Right to Life endorsed and was actively involved in working to educate voters in this district, clearly contrasting the top candidates.

Last year, in the 2020 elections, more than 70% of National Right to Life-supported candidates who went head-to-head with EMILY’s List-backed candidates won their races. EMILY’s List is a powerful pro-abortion fundraising machine.

Each of the court candidates recommended by the Pennsylvania Pro-Life Federation Political Action Committee appears to be leading in their respectiveraces. If those results hold out, Kevin Brobson will sit on the state Supreme Court; Megan Sullivan will secure a seat on the Superior Court; Stacy Wallace will win a seat on the Commonwealth Court; and Drew Crompton will continue to serve on the Commonwealth Court.

Pennsylvania is considered a “purple” state which swings red or blue depending on the election.

Tuesday’s election results may also put to bed the myth that pro-life Republicans can no longer win statewide contests in Pennsylvania. With brilliant campaign strategies and plenty of old-fashioned hard work, statewide victories can and will be achieved.

Jake Ellzey, a pro-life member of the Texas House of Representatives, is headed to Congress to finish out the term of pro-life 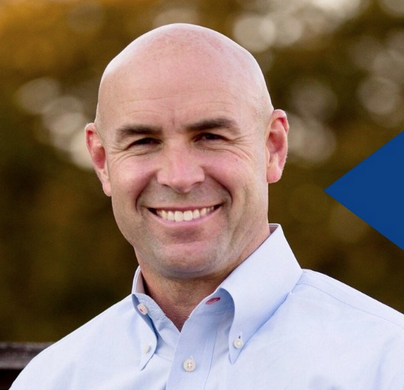 Congressman Ron Wright who passed away in February from complications due to Covid-19.  Ellzey defeated Susan Wright, the widow of the late Congressman, garnering 53% of the vote. His victory comes despite efforts by Democrats to put the seat in play in their ongoing quest to turn Texas Blue.

“Every life is a precious gift from God,” says Ellzey. “As a father and a Christian, I 100% support the right to life as the first and most vital right. The current administration is stripping federal protections from unborn babies across the board, including the controversial Mexico City policy, which prohibited US dollars from being used to fund abortions overseas.

“They’ve also made it clear they intend to attack the Hyde Amendment, which has blocked federal Medicaid funding for abortion since 1976. We NEED strong representation in Washington that will stand for the right to life and stand against attacks on the unborn and all innocent life in our nation.”

Edward Durr, a 58-year-old truck driver, put less than $200 — half of which was spent at Dunkin’ Donuts — into a primary campaign and then went on to topple New Jersey’s longest-serving, most powerful state senator. His upset victory on Tuesday is one for the 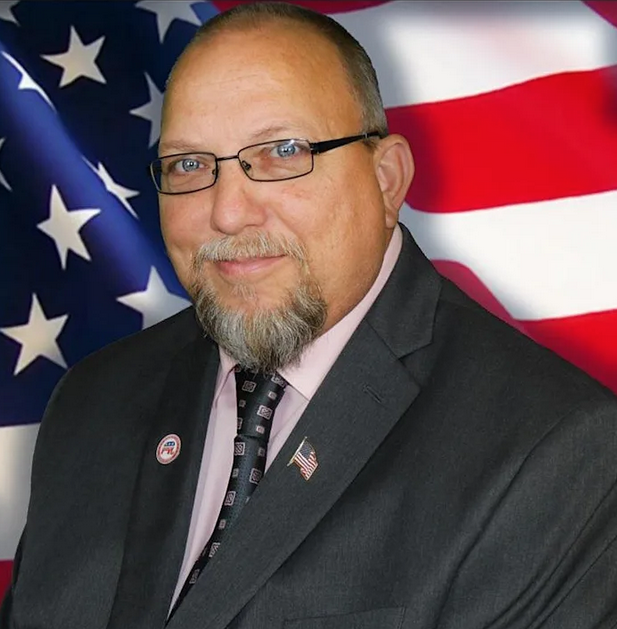 history books, and all he did was appeal to average, hard-working voters like him and remind them that they’re the ones in charge.

Great article in Yahoo! finance about the remarkable, simple and HUGE upset:  https://www.yahoo.com/news/n-j-truck-driver-notches-180029349.html