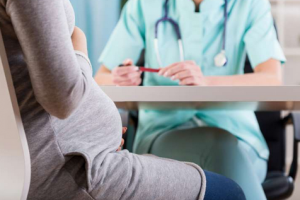 CNA—The Oklahoma Supreme Court on Monday issued a temporary injunction against a law banning dilation-and-evacuation abortions. The injunction will stop the law from taking effect while a legal challenge to it progresses.

The “Unborn Child Protection-from-Dismemberment-Abortion Act,” passed in 2015, bars dilation-and-evacuation abortions after 14 weeks. Also called a “dismemberment abortion,” the procedure uses clamps, scissors, or similar medical tools to remove an unborn baby from the womb. It is the most common abortion procedure during the second trimester.

The legislation includes an exemption for cases when doctors determine that a woman’s life is at risk, or that her health is seriously threatened. It also allows for the use of the procedure intending to save an unborn child’s life, or to remove the body of a dead unborn child.

The law had been challenged by the Center for Reproductive Rights and the Tulsa Women’s Reproductive Clinic in 2015, shortly after then-Gov. Mary Fallin (R) signed the bill into law. On July 12, 2019, Judge Truong upheld the ban. Opponents of the law challenged the ruling.

In September, a district court had denied a motion to temporarily halt the law. Officials agreed to wait for the state Supreme Court’s decision before enforcing the ban. The intervention from the Supreme Court this week means that the ban will not go into effect while the case continues to be argued in court.

Oklahoma Attorney General Mike Hunter voiced disappointment in the Supreme Court’s decision, but noted that the injunction is temporary and maintains the status quo in the state.

“We look forward to showing the court why that appeal is meritless, and why an overwhelming bipartisan majority of the Legislature was well within its constitutional authority to outlaw the dismemberment of a living human being,” Hunter said, according to The Oklahoman news.