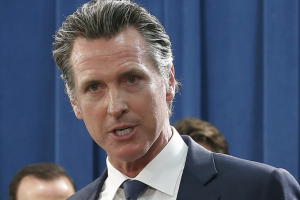 California’s Governor Gavin Newsom threatened to “fight like hell” to expand baby killing in California and across the nation, and he is making good on his diabolical vow.

In the past week alone, Newsom:

Please join us at the Life Legal Defense Foundation in praying for California’s governor and for our legislators – that they would turn from their wicked obsession with killing babies and further a culture of LIFE.

*The Federal FACE Act prohibits the use or threat of force or physical obstruction to injure, intimidate, or interfere with any person who is obtaining or providing “reproductive health services.” The FACE Act also applies to those who obstruct access to pro-life pregnancy centers or churches.

* Many people mistakenly believed the “perinatal death” provision had been stripped from the bill,

but that is not true. Here is the bill’s language, as signed by Newsom:

123467.  (a) Notwithstanding any other law, a person shall not be subject to civil or criminal liability or penalty, or otherwise deprived of their rights under this article, based on their actions or omissions with respect to their pregnancy or actual, potential, or alleged pregnancy outcome, including miscarriage, stillbirth, or abortion, or perinatal death due to causes that occurred in utero.

While the bill does not define “perinatal,” the term is generally used to describe the period from approximately past 22 (or 28) completed weeks of pregnancy up to 7 completed days of life. (L.S. Bakketeig, P.Bergsjø, “Perinatal Epidemiology.” International Encyclopedia of Public Health (2008), p.45.) Welfare & Institutions Code Section 13134.5(b) defines perinatal as “the period from the establishment of pregnancy to one month following delivery.“

Alexandra Snyder is the executive director of the Life Legal Defense Foundation.