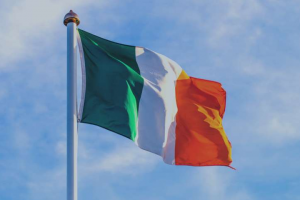 January 1, 2019 marked the beginning of legalized abortion in Ireland, drawing dismay from Irish pro-life groups, who campaigned extensively against the reform.

Once a majority-Catholic and pro-life contingent, voters in Ireland last May voted to repeal the Eighth Amendment to their constitution, which had banned abortion. The repeal was officially enacted by President Michael D. Higgins in September, which cleared the way for abortions to begin in the country in 2019.

Ireland’s health minister Simon Harris called Jan. 1, when legal abortion was officially put into practice, a “momentous day”, while other Irish leaders and doctors have expressed concerns that the process of legalization and its enactment were rushed.

In a year-end reflection, Bishop Brendan Leahy of Limerick lamented the introduction of abortion to the country, and said he hoped it would not become the “default response that characterizes people in Ireland when crisis pregnancies arise.”

He said he believes that while a majority of voters supported the repeal, he believes that most Irish people still would not celebrate abortions, but rather see them as a solution to crisis pregnancies.

He urged the Irish people to instead consider the “possibilities of life and the love” that even crisis pregnancies can bring, and urged them to continue to promote a culture of life in which mothers and children are supported.

“I appeal to all public representatives, regardless of how they might have understood their sense of civic duty in supporting the abortion legislation, to keep their focus wide. They represent not only those in favour of abortion but also the many who find its introduction deeply distressing,” he said.

“And above all, I urge those in crisis pregnancies to choose life. To choose a glorious possibility.”

While about 66 percent of voters approved the repeal, only a small percentage (between 4 and 6 percent) of the country’s 2,500 general practitioners (GPs) have said they would be willing to perform abortions.

An online survey by the Irish College of General Practitioners (ICGP) found that of the GPs that declined to perform abortions, about 40 percent did so because they believe the launch of legalized abortions was rushed, citing concerns about “referral pathways” and the availability of secondary services related to abortions, such as ultrasounds.

At Stake: Freedom of conscience for pro-life medical professionals

Freedom of conscience protections for pro-life medical professionals have been an ongoing concern after the repeal was passed. At least 640 general practitioners in Ireland signed a petition in November objecting to the obligation of referring patients to other doctors for abortions. Some 500 pro-life nurses and midwives signed a petition in December, calling on Harris to consult Nurses & Midwives 4 Life and the Irish Nurses and Midwives Organization, and to support freedom of conscience amendments for the new law.

Under the new law, doctors who object to providing abortions are required to refer patients to other doctors who will perform them, and minors are able to obtain abortions without needing parental permission.

Other proposed protections and limits on abortion – such as for reasons of sex or racial discrimination – were struck down by the Dáil (Irish Parliament), and the bishops of Ireland in December said they were “dismayed” as quoted in the Irish Times  that it seemed like the voices of those who still opposed abortion were being ignored.

In his reflection, Leahy strongly urged officials to respect medical professionals who have conscience objections to performing abortions.

“It is outrageous to think that it would even be contemplated that doctors could be forced to perform or contribute to an abortion against their will,” he said.

“Forcing them not to choose life would be a most inglorious watermark for this country. It goes against the deeper demands of our common humanity to force anyone to do so. It has long been established that above any state law, there exists an unwritten divine law, what is sometimes called natural law, that recognises we are endowed with rights such as the basic human right to life. Peace in our conscience can surely only be achieved by obeying it.”