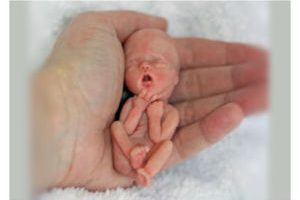 Did ‘thousands’ of women die from illegal abortions before Roe v. Wade? WaPo says No

CNA—In its 2019 roundup of the biggest lies of the year (dubbed the biggest ‘Pinocchios’), the Washington Post included a false but oft-repeated claim that “thousands” of women died while undergoing illegal abortions before the legalization of abortion in the United States.

This statistic was frequently cited this year by Dr. Leana Wen, who was fired from her position as president of Planned Parenthood in July, just eight months after accepting the job.

“We dug through the statistics and it turns out she was citing numbers from the 1930s, before the advent of antibiotics,” Glenn Kessler of the Washington Post said in his 2019 Pinocchio list. “In 1972, the number of deaths in the United States from legal abortions was 24 and from illegal abortions 39, according to the Centers for Disease Control and Prevention.”

Wen was “repeatedly” told by her staff that the statistic she was citing was false, but continued to use it anyway, the New York Times reported. Insiders at Planned Parenthood told the New York Times that Wen was ultimately let go because the organization wanted someone at the helm with a more aggressive focus on political advocacy, while Wen had worked to reframe Planned Parenthood primarily as a healthcare organization.

In May of this year, Kessler fact-checked the “thousands of women” claim that Wen had also repeated in interviews. He noted that before abortion became legal, official statistics on the number of women who died from abortions were dicey at best due to the illegality of the procedure and the shame surrounding it.

“Still, by the time Roe was issued, 17 states had liberalized their abortion laws, and the Centers for Disease Control was collecting solid data on abortion mortality,” Kessler noted.

Estimates on the number of abortions performed before Roe vs. Wade, the 1973 Supreme Court decision that allowed for legal abortion in the United States, vary widely – from 200,000 to 1,200,000 per year, according to one 1958 study examined by The Washington Post.

“That’s quite a range for the number of illegal abortions, indicating how fuzzy the numbers are,” Kessler noted in May.

Another study cited in a NARAL document from 1936 used liberal estimates from a gynecologist named Frederick Taussig who used data from just 13 states and guessed at the rest to approximate the annual number of deaths from abortion at roughly 10,000.

But by 1948, researcher Christopher Tietze noted in a paper that deaths from abortion were swiftly decreasing due to the advent of penicillin and other antibiotics, as well as improved medical practices and an increase in available contraceptive methods.

In 1959, the medical director of Planned Parenthood reported that there had only been 260 deaths in the U.S. from illegal abortion, and that the procedure could be considered as safe as any other surgical procedure at the time, Kessler reported.

In 1969, a report in Scientific American magazine by Tietze and Sarah Lewit cited in The Washington Post stated that annually, the “Total mortality from illegal abortions was undoubtedly larger than (235), but in all likelihood it was under 1,000.”

“Even given the fuzzy nature of the data and estimates, there is no evidence that in the years immediately preceding the Supreme Court’s decision, thousands of women died every year in the United States from illegal abortions,” Kessler wrote.