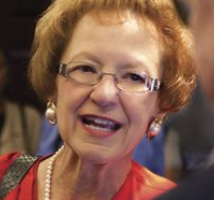 Canon 915: The Ultimate Act of Charity

originally published March 11, 2010 on the American Life League blog—Since so many Catholic politicians are currently supporting the … pro-culture of death agenda, and more and more bishops are backing away from enforcing Canon 915, it is probably a good idea to address this subject anew. 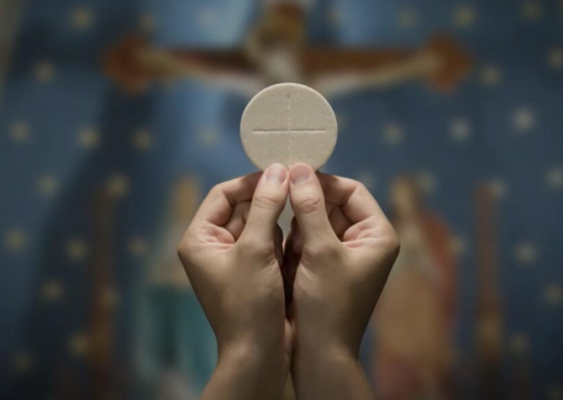 A fundamental truth of Catholic teaching is that Christ is truly present in the Holy Eucharist.  Thus it is the obligation of those who administer this sacrament to protect Christ from sacrilege. …

What is the Catholic Church’s Code of Canon Law?

And what does it say regarding this matter?

In his introduction to the revised Code of Canon Law, issued in 1983, Pope John Paul II described the Code this way:

As the Church’s principal legislative document founded on the juridical legislative heritage of revelation and tradition, the Code is to be regarded as an indispensable instrument to ensure order both in individual and social life, and also in the Church’s own activity. …

As a matter of fact, the Code of Canon Law is extremely necessary for the Church. Since the Church is organized as a social and visible structure, it must also have norms: in order that its hierarchical and organic structure be visible; in order that the exercise of the functions divinely entrusted to it, especially that of sacred power and of the administration of the sacraments, may be adequately organized; in order that the mutual relations of the faithful may be regulated according to justice based upon charity, with the rights of individuals guaranteed and well-defined; in order, finally, that common initiatives undertaken to live a Christian life ever more perfectly may be sustained, strengthened and fostered by canonical norms.

Finally, by their very nature canonical laws are to be observed. The greatest care has therefore been taken to ensure that in the lengthy preparation of the Code the wording of the norms should be accurate, and that they should be based on a solid juridical, canonical and theological foundation.

Contained within this seven-volume set of the laws governing the Catholic Church (in Book IV, Part 1, Title III, Chapter 1, Article 2)  is Canon 915, which states,

“Those who have been excommunicated or interdicted after the imposition or declaration of the penalty and others obstinately persevering in manifest grave sin are not to be admitted to holy communion.” (emphasis added)

There is nothing confusing about this language.

And it applies to any Catholic who, based on his or her public record, is known to be publicly persevering in manifest grave sin such as the promotion, encouragement, approval or performance of abortion. Such public figures should not be admitted to Holy Communion.

Certain individuals who fall into this category and come immediately to mind are House Speaker Nancy Pelosi, Vice President Joseph Biden and MSNBC commentator Chris Matthews, among others.  [keep in mind this article was written in 2010—ed.]

Joseph Cardinal Ratzinger, now known as Pope Benedict XVI, sent a memorandum to the American bishops regarding the enforcement of Canon 915. In this memorandum, titled “Worthiness to Receive Holy Communion—General Principles,” he did not suggest that gentle persuasion was a remedy, but rather one step within the enforcement process . He wrote,

5. Regarding the grave sin of abortion or euthanasia, when a person’s formal cooperation becomes manifest (understood, in the case of a Catholic politician, as his consistently campaigning and voting for permissive abortion and euthanasia laws), his Pastor should meet with him, instructing him about the Church’s teaching, informing him that he is not to present himself for Holy Communion until he brings to an end the objective situation of sin, and warning him that he will otherwise be denied the Eucharist.

6. When “these precautionary measures have not had their effect or in which they were not possible,” and the person in question, with obstinate persistence, still presents himself to receive the Holy Eucharist, “the minister of Holy Communion must refuse to distribute it” (cf. Pontifical Council for Legislative Texts Declaration “Holy Communion and Divorced, Civilly Remarried Catholics” [2002], nos. 3-4). This decision, properly speaking, is not a sanction or a penalty. Nor is the minister of Holy Communion passing judgment on the person’s subjective guilt, but rather is reacting to the person’s public unworthiness to receive Holy Communion due to an objective situation of sin.

Read more, full article is worth it, especially considering it was published in 2010>>

The “gentle persuasion” and persistent cajoling are failing. There is no justice for the preborn or for Christ Himself in the Holy Eucharist when flagrant violators of Church teaching continue to scandalize the faithful and commit sacrilege by receiving the sacrament unworthily.

. . . as Pope Benedict XVI has said, “Charity without justice is not charity, but a counterfeit.”

Judie Brown is one of 10 co-founders, in 1979, of the American Life League (ALL), the oldest grassroots pro-life education organization in the U.S.