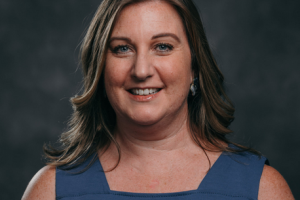 As reported in OC Catholic, Kathleen Domingo (featured photo), executive director of the California bishops’ California Catholic Conference confirms, “The CCC will be removing its opposition to AB 2223 and will remain neutral on the bill….”

Assembly Bill 2223 would allow anyone to commit abortions, by any means, through all nine months of pregnancy. And even if a baby is born alive, the bill would penalize state authorities who investigate infant deaths, effectively legalizing infanticide, up to one month AFTER BIRTH. The bill’s author, Assemblywoman Buffy Wicks, credits the Conference with helping her craft the language of the bill surrounding “perinatal death.”

As anyone familiar with pregnancy knows well, “perinatal” is a term meaning “of, relating to, or being the period around childbirth, especially the five months before and one month after birth.”

The bill has been approved by the assembly and is currently sailing through the state senate committees with the support of the state’s Democrat supermajority.

The California Democrat legislators introduced more than a dozen extreme pro-abortion bills this year that would essentially institutionalize abortion in the state of California.  These bills do everything from subsidizing abortion travel to California, to building new abortion clinics in Los Angeles, to recruiting and maintaining an abortion “corps” in the state Department of Public Health.

Assemblywoman Wicks introduced AB 2223 in mid-February. The bill would give legal immunity to a woman and anyone assists her in reaching any “pregnancy outcome,” including “miscarriage, stillbirth, or abortion, or perinatal death.” Further, the bill would prohibit a coroner’s report from being used in a criminal prosecution against a mother or someone who assisted her in killing her child.

The California Catholic Conference published its opposition to AB 2223 when the bill went to its first committee hearing on April 6. The bill passed, with the perinatal death reference amended to: “perinatal death due to a pregnancy-related cause.” (Keep in mind that “perinatal” refers to the five months before and ONE MONTH AFTER BIRTH)

Betrayal of Catholic, Christ’s, and its own stated principles?!

The California Catholic Conference claims to be and defines itself as follows:

“The California Catholic Conference is the official public policy voice of the Catholic Church in California. We advocate with policy makers and the public to advance the Catholic vision of human life and dignity, the good society, and concern for those who are poor and vulnerable. We educate Catholics and the general public. We empower Catholics to put their faith into action consistent with Catholic teaching.”

Remaining “neutral” regarding a proposed legislation that endangers the life of an unborn infant up to ONE MONTH AFTER BIRTH is not “consistent with Catholic teaching.”

The California Catholic Conference claims as its FIRST listed purpose under its “Legislative Priorities” as follows:

“REVERENCE FOR LIFE:  We oppose abortion and, until it becomes illegal, we support restrictions on its practice….”

How is “remaining neutral” regarding a proposed legislation that endangers the life of an unborn infant up to ONE MONTH AFTER BIRTH consistent with “REVERENCE FOR LIFE: We oppose abortion…”? Clearly it’s not!

Christ founded the Catholic church. Not man.  It’s unchanging, core tenets of faith are Christ’s tenets, teachings. Not those of man.

While on earth, Christ was the kindest, most loving and caring individual you’d ever want to meet.  We can’t imagine the depth of his understanding and kindness and love for each individual human being.  Those who met or knew Him on earth must have recognized and experienced that from how He looked at each one of them; from His eyes, His words, His demeanor.

That said, Christ on earth was and is always VERY clear about the truth.

Christ did not mince words when He threw the money makers out of the Temple.

Christ did not give a mixed message to Martha about what constitutes “the better part” vs. Martha’s sister Mary’s choice to listen and adore Him rather than to be overly distraught and anxious about the demands of the world, of circumstances.

Christ was clear with the Apostles, with his accusers at his mock trial, even with His betrayer, Judas, one of his own beloved and hand-chosen apostles.

As Fr. Benedict Groeschel often pointed out — Imagine if Judas would have repented instead of taking his own life? There would be so many Catholic churches named after him, because a profound repentance from Christ’s friend and betrayer would have given every human to come after him the ultimate turn-around hope. Sadly, we don’t see evidence of repentance (though we can’t judge).

The point is that CHRIST WAS AND IS ALWAYS VERY CLEAR.  NO COMPROMISE.

And it is that clarity of principle and purpose is what leaves the door open for genuine repentance and truth and, ultimately, salvation – for each of us.

In imitating Christ – or at least in attempting to do so — how is there any room for compromise or “remaining neutral” on killing innocent human infants?!

How is there any room for compromise regarding a criminal investigation into the death of an innocent, completely helpless infant?

California Catholic Conference’s executive director Kathleen Domingo issued a statement expressing her disappointment that Buffy Wicks had not done more to “clarify” the language surrounding infanticide. “The stated intent of AB 2223 is to ‘prohibit a person from being subject to civil or criminal liability for … a pregnancy outcome.’ The CCC worked with Assemblymember Wicks and her staff to clarify and narrow the bill language to protect innocent newborns and allow coroners to investigate infant deaths; however, we are incredibly disappointed that the imprecise language remains.”

The Conference’s official opposition statement to the bill was shockingly weak:

The California Catholic Conference shares the concerns of Assemblymember Wicks that women not be prosecuted for pregnancy outcomes, including abortion, miscarriage, and stillbirth. Whenever women experience pregnancy loss, whether intentional or unintentional, the caring response of the community is critical in helping women and families heal…

The California Catholic Conference opposes AB 2223 unless amended to redefine or substitute the term “perinatal death” to definitively exclude infant death due to abuse or neglect.

In response, the California Catholic Conference withdrew its opposition to the bill. Kathleen Domingo released a statement, claiming:

This change definitely closes the door on potential unintended consequences of permitting infant deaths due to abuse, neglect, or abandonment, alleviating the concerns that the CCC brought to the author’s attention…

The California Catholic Conference says it is grateful to the Assembly Appropriations Committee, and to Assemblymember Wicks and her staff for working with us to clarify and narrow the bill language. The CCC will be removing its opposition to AB 2223 and will remain neutral on the bill….

LET YOUR BISHOP HEAR FROM YOU about this travesty of not upholding Christ’s teachings—not to mention common sense—regarding the protection of INNOCENT HUMAN LIFE, beginning at conception!  Let the California Catholic Conference hear from you as well: