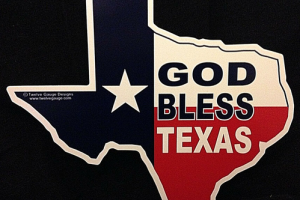 About the horrific shootings in Uvalde, Texas…. If you, like us here at Catholic Business Journal, prefer first-hand, boots-on-the-ground facts and information about an event—instead of byte-sized, politically-charged or agenda-driven snippets that tend to be more “commentary” than fact—

then you may want to hear this full briefing by the Texas governor, local school Superintendent (who was born and raised in Uvalde and who barely made it through his last sentence), local and state authorities and Texas Rangers heading the investigation.

Yes, you’ll even see a sudden burst (lasting less than a minute) of attention-seeking political grandstanding by a candidate seeing to be governor. His antics lasted less than a minute—and was completely irrelevant to the purpose of the briefing—yet if you only heard the mainstream or local news snippet version, you’d have thought the antics of that one person up-ended the entire briefing. It didn’t. In fact, it only wasted about a minute of time.

Sadly, that half-a-moment of self-promotion (knowing his name would be blasted everywhere in the news as a result), gave dull reporters an easy headline and snippet … and the “meat” of the briefing, the candor and directness of those who spoke, heart-broken and passionate about the facts and the pain and the loss for the families (including the family of one of the law enforcement responders who lost a child in the shooting).. and a serious problem besetting that region, which came out in that briefing — that was mostly not reported.

The bottom line is: If you want to SEE AND HEAR FOR YOURSELF the full briefing (59 min), it is worth it.