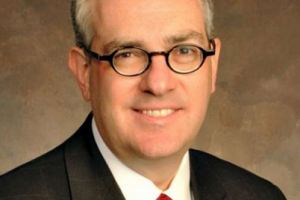 Like the editor and staff of Catholic Business Journal, others had unanswered questions after the McCarrick Report. Michael Warsaw, head of EWTN, shares his observations here:

National Catholic Register—The long-awaited McCarrick Report, detailing the rise and fall of the former Cardinal Theodore McCarrick, was finally released Nov. 10. First promised two years ago, the report makes for grim and difficult reading. It reveals cunning manipulation by McCarrick and the devastating weaknesses of an internal Church culture that failed to hold him accountable as his actions harmed scores of young men, many of whom were priests.

Cardinal Pietro Parolin, the Vatican secretary of state, summed it up, writing, “We publish the Report with sorrow for the wounds that these events have caused to the victims, their families, the Church in the United States, and the Universal Church.”

There has, indeed, been immense suffering because of Theodore McCarrick. That this type of report has been released publicly is an unprecedented step in the Holy See’s attempt to address the wounds of abuse and pursue justice. It also makes clear how necessary was Pope Francis’ motu proprio Vos Estis, which for the first time established clear procedures for reporting abuse related to vulnerable adults and also for dealing with accusations of misconduct against bishops or of negligence in handling misconduct of those in the bishops’ charge. And it also sheds light on the Holy Father’s move to improve transparency concerning the pontifical secret on complaints, trials and decisions concerning cases of abuse of children and vulnerable people.