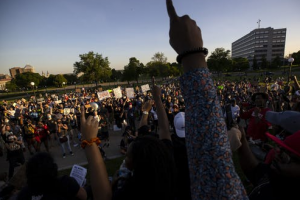 The black community must seek change from within as well

By Peter Bell and Mitch Pearlstein

Star Tribune—Lest there be any doubt, we view George Floyd’s death as the most hideous example of police brutality we’ve ever seen. Former officer Derek Chauvin and the other three former officers involved must be held to strict account.

Yet if discussions and subsequent actions regarding the most explosive American crisis in generations are to be productive, we can’t continue focusing near-exclusively on claims of institutional and systemic discrimination.

Do such unacceptable handicaps persist at various levels? As an African-American and a Jewish-American, we know, of course they do. But it’s essential that we also focus on cultural and behavioral issues in the African-American community itself — as difficult as they may be to talk about, much less seriously address.

It simply is not true that we have not made determined and prodigiously expensive efforts to “reform” racial attitudes in every sector of American society for more than a half-century. Yet despite such efforts, not only has overall progress been limited, but hardly anyone is happy with the results. 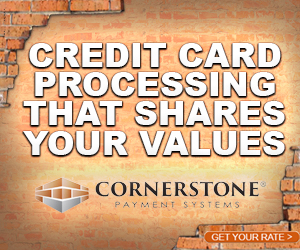 constraints imposed by the larger society, be they real or simply assumed, while de-emphasizing what the black community — or any community — must do to improve its own fate.

Achievement gaps, for instance, generally are not the result of racist teachers, or insensitive curricula, or biased disciplinary practices, but that is exactly the default charge leveled in many academic, media and political circles. A much larger cause, as many educators acknowledge (albeit quietly and privately) is that too many black young people are watching too much television, playing too many video games, and not taking school seriously enough.

Regarding jobs, despite claims to the contrary, implicit or explicit hiring barriers are not the major cause of employment problems in the black community.

When it comes to matters of criminal justice, an allegedly racist system is not the reason so many blacks are caught up in it. The fact that African-Americans commit far too many crimes is the reason.

We must ask, will police relations with the black community ever be “normalized” so long as hugely disproportionate amounts of crime are regularly committed in those communities?

Will lawbreaking in those neighborhoods really decrease if police “back off” as many activists and others urge? Common sense as well as academic research strongly suggest otherwise.

Harvard economist Roland Fryer, for example, reports that when major investigations of police departments are preceded by the kind of “viral event” that has surrounded George Floyd’s death, homicides and total crimes in those cities have gone up “considerably” as police effectively pull back.

This dynamic has been known as the “Ferguson Effect,” which a journalist speculated earlier this week may come to be known as the “Minneapolis Effect.”

What about economic development?

Will economic development in black communities ever take off if entrepreneurs don’t believe they and their property, their livelihoods, will remain safe? Without in any way suggesting that only African-Americans burned businesses to the ground on Lake Street and beyond in last week’s riots, how much harder will it be for job creators to invest with adequate confidence in those places?

Most critically of all, will any of these and other social disparities get sufficiently better — sufficiently equitable — so long as so many African-American children come into this world outside of marriage and grow up with only one parent to provide consistent guidance?

Likewise, how can “household” incomes — the most frequent metric used when measuring inequality in Minnesota — ever become more equal so long as fewer working-age adults, on average, reside in African-American households than in other households?

We need to focus more on issues like these, rather than forcing virtually every question through prisms of race, as critical as racial justice and fairness are. Debates over climate change, school district configurations, Park Board land management — whatever the controversy may be — all center these days on questions of race to the point where attention is diverted and divisions deepen.

Gruesomely obvious over the last week is how… read more>>