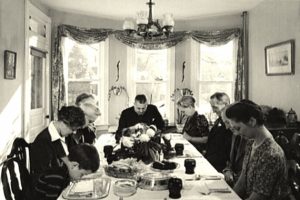 Several countries have days dedicated to giving thanks, often in connection with the fall harvest. The American holiday of Thanksgiving dates back to the 17th Century Puritan origins of New England. George Washington, the country’s first President, declared it a holiday in 1789 under the newly ratified Constitution. It was celebrated on different days in various states. In 1863 Lincoln made it a national holiday which came to be celebrated on …Read More>>