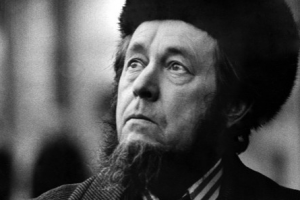 Crisis—It is not hard to see why Aleksandr Solzhenitsyn, whose 100th birthday will be celebrated on December 11, would be such a compelling figure for Jordan Peterson, the Jungian psychologist who has become an international cause célèbre for defying Orwellian speech codes added to Canada’s Human Rights Act. In addition to advocating an ethic of individual responsibility for directionless and emasculated youths, Peterson has devoted much of his scholarship to the ways in which modern totalitarian systems manipulate language and concepts. Just as Solzhenitsyn in his day warned that “socialism of any type and shade leads to a total destruction of the human spirit and to a leveling of mankind into death,” so, too, does Peterson now condemn political-correctness as the spawn of Marxism—which is, in turn, “a murderous ideology” built upon “vicious, untenable and anti-human ideas.”

In his foreword to a new edition of Solzhenitsyn’s Gulag Archipelago, Peterson notes:

If there was any excuse to be a Marxist in 1917 there is absolutely and finally no excuse now. And we know that mostly because of Aleksandr Solzhenitsyn and The Gulag Archipelago. Thank Heaven for that great author’s outrage, courage and unquenchable thirst for justice and truth. It was Solzhenitsyn who warned us that the catastrophes of the Soviet state were inextricably and causally linked to the deceitful blandishments of the Marxist utopian vision. It was Solzhenitsyn who documented the price paid in suffering for the dreadful communist experiment, and who distilled from that suffering the wisdom we must all heed so that such catastrophe does not visit us again.