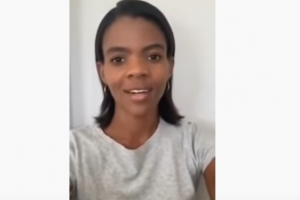 Not my hero, young black American speaks out

As employees at more than a few major corporations such as Home Depot and countless others are forced to endure various levels of virtual, anti-racial discrimination zoom meetings and discussions, a significant number of African Americans are fed up with the false narratives, victimhood mentality and white guilt assumptions repeated daily on mainstream nightly news.  One such young woman is Candace Owens. Yes, George Floyd was treated brutally and inappropriately by one policeman, and that policeman has now been arrested and more.  The policeman was brutal and wrong.  That said, hear for yourself Ms. Owens’ well-researched Facebook post on why George Floyd is not her hero.  Quite eye-opening!  See video here>>