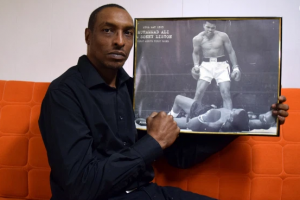 New York Post—On the fourth anniversary of his death, Muhammad Ali’s only biological son says that his father would be against Black Lives Matter, calling the movement “racist” and the protesters “devils.”

The legendary boxer and activist stood up against racism throughout his life, but Muhammad Ali Jr. says his dad would have been sickened by how the protests have turned to violence and looting after the death of George Floyd.

“Don’t bust up s–t, don’t trash the place,” he told The Post. “You can peacefully protest.

‘‘My father would have said, ‘They ain’t nothing but devils.’ My father said, ‘All lives matter.’ I don’t think he’d agree.”

Of the BLM movement, Ali Jr., a Muslim like his father, said: “I think it’s racist.”

“Police don’t wake up and think, ‘I’m going to kill a n—-r today or kill a white man,’” he said. “They’re just trying to make it back home to their family in one piece.

Speaking of Floyd’s killing at the hands of a white Minneapolis police officer, Ali said, “The officer was wrong with killing that person, but people don’t realize there was more footage than what they showed. The guy resisted arrest, the officer was doing his job, but he used the wrong tactic.”

He agrees with President Trump that Antifa fomented violence during the Floyd protests and should be labeled a terrorist organization.

“They’re no different from Muslim terrorists. They should all get what they deserve. They’re ….. read more>