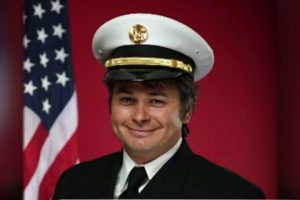 California fires claim yet another life, that of Fire Battalion Chief Matthew Burchett, a more than 20-year firefighter veteran who traveled with a crew from Utah to join a record number of firefighters from California and other states to battle California’s wildfires this summer.

As if the upheaval and shock of fleeing one’s home with not a moment to spare, concerns about family and pet safety, even losing literally everything one physically owns and forced to live in evacuation centers isn’t enough, the loss of life is even worse.  And this summer, at least nine lives have been lost to the relentless flames — including several firefighters, a great grandmother and two children, to name a few.

To give a taste of the generosity, courage and ultimate sacrifice of the men and women and families affected by the wildfires, the following news feature on Chief Burchett from Draper, UT, sums up much…

MENDOCINO, Calif. (KTVU) – CalFire along with U.S. Forest Service have confirmed the death of a firefighter in the Mendocino Complex Fire Monday evening. An investigation is underway as next of kin is being notified.

The firefighter has been identified as 42-year-old Draper Battalion Chief Matthew Burchett. He leaves behind a wife and young son.

The fire department posted on its Facebook page, “Our hearts are breaking as we announce the loss of one of Draper City’s firefighters in the Mendocino Fire last night. Words cannot explain how it feels to lose a true hero. We sent five of our team members to California to battle these terrible fires. They have worked long, hard hours to help save lives and property.”