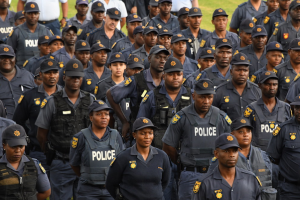 An interesting article, written by a London-based human rights lawyer working on counter-terrorism laws and states of emergency, published in an African news journal and concerning important observations applicable to all, even in the U.S.—ed.

African Arguments—The pandemic is a real emergency and the perfect excuse for a power grab. We must monitor abuses and be ready to take back rights we’ve sacrificed.

As COVID-19 continues to spread, the public health interventions required to reduce its impact are wide-ranging and, in many countries, unprecedented. We must accept some restrictions on our freedoms in order to survive. That is the stark reality we face.

There is a long history of citizens being told by their governments to accept limitations on their rights to protect them from harm.  Since 9/11, the US government has fuelled a global “War on Terror” that  has seen governments across the world expand their arsenal of unchecked powers.  This same toolbox of measures to counter terrorism – the power to detain without charge or trial, ban travel, impose house arrests (“lockdowns” by another name) and expand surveillance – are now being used to to tackle the pandemic.

Governments are enacting such powers at breakneck speed. According to the Centre for Civil and Political Rights, at least 70 countries, including 12 in Africa, have declared an official state of emergency. Many more have passed decrees that expand the powers of police and the state. More than 3.9 billion people, or half of the world’s population, have now been asked or ordered by their governments to stay at home.

The difference between the current pandemic and the usual justification for emergency laws is that, today, we are facing a genuine crisis. Unlike most instances in which a country is threatened by “terrorism”, coronavirus really does imperil “the life of the nation”, the legal threshold for declaring a state of emergency that, in the past, has rarely been met.

To tackle this crisis, it genuinely is in citizens’ interests to accept an unusual degree of government intervention in their lives. However, this comes with some serious dangers.

As a human rights lawyer working on counter-terrorism laws and states of emergency, I know where this story leads.

Examples from across the world show us that once governments, police and security services gain extra powers, they do not give them up without a fight. Egypt’s state of emergency that ended up lasting 31 years, from 1981 to 2012, is a well-known example, but there are many more.

In 2015, for instance, France gave itself wide-ranging emergency powers in response to a series of coordinated ISIS attacks in Paris.  It eventually ended the state of emergency in 2017, but not before it… Read More>>