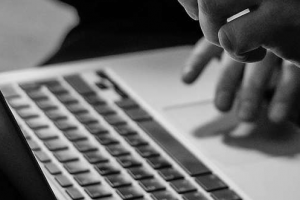 CNA—The Arizona legislature has passed a resolution declaring pornography a public health crisis and a danger to mental and physical health.

House Concurrent Resolution 2009 was approved 16-13 by the state senate May 6. It was passed by the Arizona House Feb. 25.

The measure does not ban adult material, but rather makes a public statement against the dangers of pornography.

“To counteract these detrimental effects, this state and the nation must systemically prevent exposure and addiction to pornography, educate individuals and families about its harms and develop pornography recovery programs.”

The vote mostly ran along party lines, with Republicans in favor of the bill and Democrats opposed. Republican senators claimed the resolution to be an important stance against pornography’s hazardous effects, while Democrats said it will hinder the advancement of other social issues, like homelessness and measles, according to AZ Capitol Times.

“Pornography is rampant. It’s all over our phones and our internet,” said Sen. Sylvia Allen. “The soul of America is sick in many ways, and it starts with what we put into our minds and into our hearts.”

“The public health crisis in the U.S. really needs to be centered right now on the measles epidemic that is striking our country and our state,” said Sen. Jamescita Peshlakai. “We really need to focus on those types of things that are life-threatening and fatal.”

The resolution highlights some of the potential dangers of pornography, including addiction, violence, and eating disorders. It specifically draws attention to its effects on the development of children.

“Children are being exposed to pornography at an alarming rate, leading to low self-esteem, eating disorders and an increase in problematic sexual activity at ever-younger ages,” the resolution says.

“Pornography normalizes violence and the abuse of women and children by treating them as objects, increasing the demand for sex trafficking, prostitution and child pornography.”

According to the AZ Capitol Times, Sen. Victoria Steele said the measure will not have any real effect, noting that pornography is not the issue here.