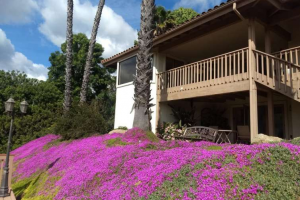 CNA—A Catholic charity that has prepared to open a home for underage victims of human trafficking has reached a resolution with California authorities after it was allegedly pressured to affirm LGBT sexuality, to inject sex hormones into any beneficiaries who identify as transgender, and to agree to drive minors to abortion clinics.

“We were able to meet the state regulations in a way that did not compromise our conscience as a Catholic agency,” Grace Williams, founder and executive director of Children of the Immaculate Heart, told CNA.

In November 2019 the charity filed a lawsuit accusing California officials of delaying the license for the project and violating its constitutional rights. The charity had invested $600,000 in the project and was paying rent and maintenance costs of $15,000 a month.

“It was a big financial hit. It’s a one more year delay. We rented an empty facility for three years,” said Williams, who described the lawsuit as “extremely time-consuming.”

“It’s a loss for girls that couldn’t be home sooner, but we’re happy we are where we are,” she said.

The charity and the government settled outside of court after California requested the process go to mediation. On June 10 the California Department of Social Services issued the organization a provisional license to operate The Refuge as a short-term residential therapeutic program.

The provisional license means Children of the Immaculate Heart may now provide therapeutic services and support for trafficked young people referred to it by the San Diego County Department of Probation and Child Welfare Services.

In November 2019 the organization sued the California Department of Social Services and the County of San Diego Health and Human Services Agency, alleging violation of its constitutional rights in the licensing process.

The lawsuit accused government officials of ignoring the charity’s multiple requests for a final decision on its application or for clarification regarding religious objections. They tried to force the charity to agree to facilitate “religiously objectionable” practices such as driving teens to abortion clinics or to LGBTQ-affirming activities, the lawsuit alleged.

At a meeting with state and county authorities, one official reportedly told the charity’s leaders, “You’re just going to have a problem with that religious thing,” according to the lawsuit.

The charity objected that licensing officials appeared to assume that because the charity is Catholic, it would discriminate against self-identified LGBTQ youth. The officials also wrongly questioned the non-profit’s stated mission of restoring victims’ relationship with Christ.

After the lawsuit was resolved, staff training at The Refuge starts next week.

“As an organization our staff is doubling in size,” Williams said. “It’s a big push, operationally, financially, and everything.”

The home plans to open to girls referred from probation and child welfare officials in the third week of August.

“We want them [the victims] to become economically self-sufficient and, of course, we want them to encounter the love of Christ, which gives meaning and direction to all of our lives, and eternal life,” she said.

The Refuge works out of a four-bedroom home on two acres in Escondido in San Diego County.

It can house up to six girls who may stay for up to two years “so that they can have the best opportunity possible for healing and healthy integration into society,” the organization’s website said. The home provides targeted mental health treatment, family relationship building, life skills development like self-care and job readiness, and individualized academic coursework.

For Williams, the Catholic faith brings a deeper vision to helping victims.

“Catholic organizations are the most equipped for service,” she added, saying the Catholic understanding of human dignity can combine with professional training.

“We just have so much to offer,” said Williams, who co-chaired the San Diego Board of Supervisors’ Human Trafficking Advisory Council Victim Service Committee from 2015 to 2019.

Though there are increasing questions about difficulties for Catholic organizations operating under U.S. law, Williams had advice.

“It’s really a question of ’do not be afraid.’ I think a lot of Catholics avoid doing anything in the public square because it’s hard,” she said.

Focus on the mission at hand: In spite of strong anti-life, anti-human dignity laws in California

“Maybe the cultural milieu is not on our side, but the Constitution is on our side, which is why we felt comfortable filing the lawsuit,” she added. “In the end, we didn’t even have to finish it in court.”

The Refuge project was backed by San Diego County District Attorney Summer Stephan. In a 2017 letter to state officials, she called Children of the Immaculate Heart a “strong partner” and a “constant presence in the fight against human trafficking.” She urged officials to issue the license, the San Diego Union-Tribune reports.

The organization has a housing and rehabilitation program for adult women survivors of sex trafficking who have children. As of December, it was serving 13 women and their 18 children.

Officials’ feedback to the group’s application for the young girls home questioned how the charity would serve non-religious youth.

Licensing officials voiced concern that the organization did not detail how it would ensure transportation to LGBTQ programs or would ensure procedures for “gender transition” medication. The state said the nonprofit did not provide an explanation or a procedure to prevent discrimination on the basis of sexual orientation, gender identity or expression.

Children of the Immaculate Heart said its nondiscrimination policy is adequate and that there is no rule requiring caregivers to administer medication in transgender procedures.

While California law requires the caregivers of foster youth to provide transportation to medical appointments, and to provide “age-appropriate, medically accurate information about reproductive and sexual health care,” there could be alternatives that would not involve the Catholic charity.

A state guide for foster youth case managers addresses a similar hypothetical situation, the San Diego Union-Tribune said. If a minor in foster care were to seek an abortion, and the caregiver refused to aid this effort, the minor’s case manger would have to arrange alternative transportation, for instance.

The Freedom of Conscience Defense Fund represented the charity, with the Thomas More Society as co-counsel.

“The extraordinary women at Children of the Immaculate Heart just want to take care of commercially sexually exploited girls without being forced to violate their faith,” Daniel Piedra, executive director of the Freedom of Conscience Defense Fund, said in November. “This case does not endanger the personal rights or health of girls. It only deals with a discriminatory mandate imposed by anti-Christian government officials.”