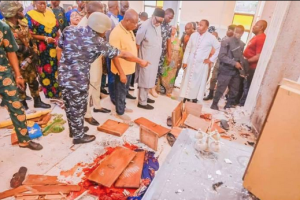 “We were about to round off service. I had even asked people to start leaving, that was how we started hearing gunshots from different angles,” recounted Father Andrew Abayomi, one of the priests at St. Francis Church.

“We hid inside the church but some people had left when the attack happened. We locked ourselves in the church for 20 minutes. When we heard that they had left, we opened the church and rushed victims to the hospital,” the priest continued.

In response to the attack, Pope Francis offered his condolences and prayers “for the victims and for the country.”

President Muhammadu Buhari said “only fiends from the nether region” could have done this “dastardly act”.

The armed men entered St Francis Catholic church in the town of Owo and fired at the congregation during a service to mark the holiday of Pentecost, witnesses said.

Nigeria has experienced an upsurge in violence in recent months.

Kidnappings and attacks have been reported across the vast country.

The church has denied initial reports that the priest had been abducted.

No figures for the numbers killed in the attack have been officially confirmed.

But a doctor at a local hospital, quoted by the Reuters news agency, said that at least 50 bodies had been taken to two hospitals in the town.

After visiting the church and hospital, state lawmaker Ogunmolasuyi Oluwole told the Associated Press that children were among the dead.

One witness, who gave his name as Abayomi, told AFP news agency at least 20 worshipers had died in the attack.

“I was passing through the area when I heard a loud explosion and gunshots inside the church,” he said, adding that he saw at least five gunmen.

In a series of tweets, Ondo state Governor Rotimi Akeredolu called it a “vile and satanic attack” on innocent people . He appealed for calm urging people not to take the law into their own hands.

“The assailants will be hunted down and they will pay for their crimes,” he added in a message sent after being briefed at the scene.

Pope Francis was praying for the victims who had been “painfully stricken in a moment of celebration”, according to a statement from the Vatican.

“No matter what, this country shall never give in to evil and wicked people,” President Buhari said in a statement. He is in the final year of his two-term presidency and has been criticised for failing to get to grips with the country’s security problems.

No-one has said that they were behind this attack, but Nigeria is facing worsening violence by armed groups, the BBC’s Chris Ewokor in the capital, Abuja, says. But Ondo state has, until now, been relatively untouched.

Our reporter says that people across the country are worried over the inability of the government to tackle the rising levels of insecurity.

Exactly a week ago the head of the Methodist Church in Nigeria was abducted along with two other clerics in the south-east of the country.

Two weeks ago, two Catholic priests were kidnapped in Katsina, President Muhammadu Buhari’s home state in the north of the country. They have not been released.

In March, gunmen targeted the vital rail link between Abuja and the northern city of Kaduna killing at least nine people and kidnapping dozens of others, many of whom are still being held. 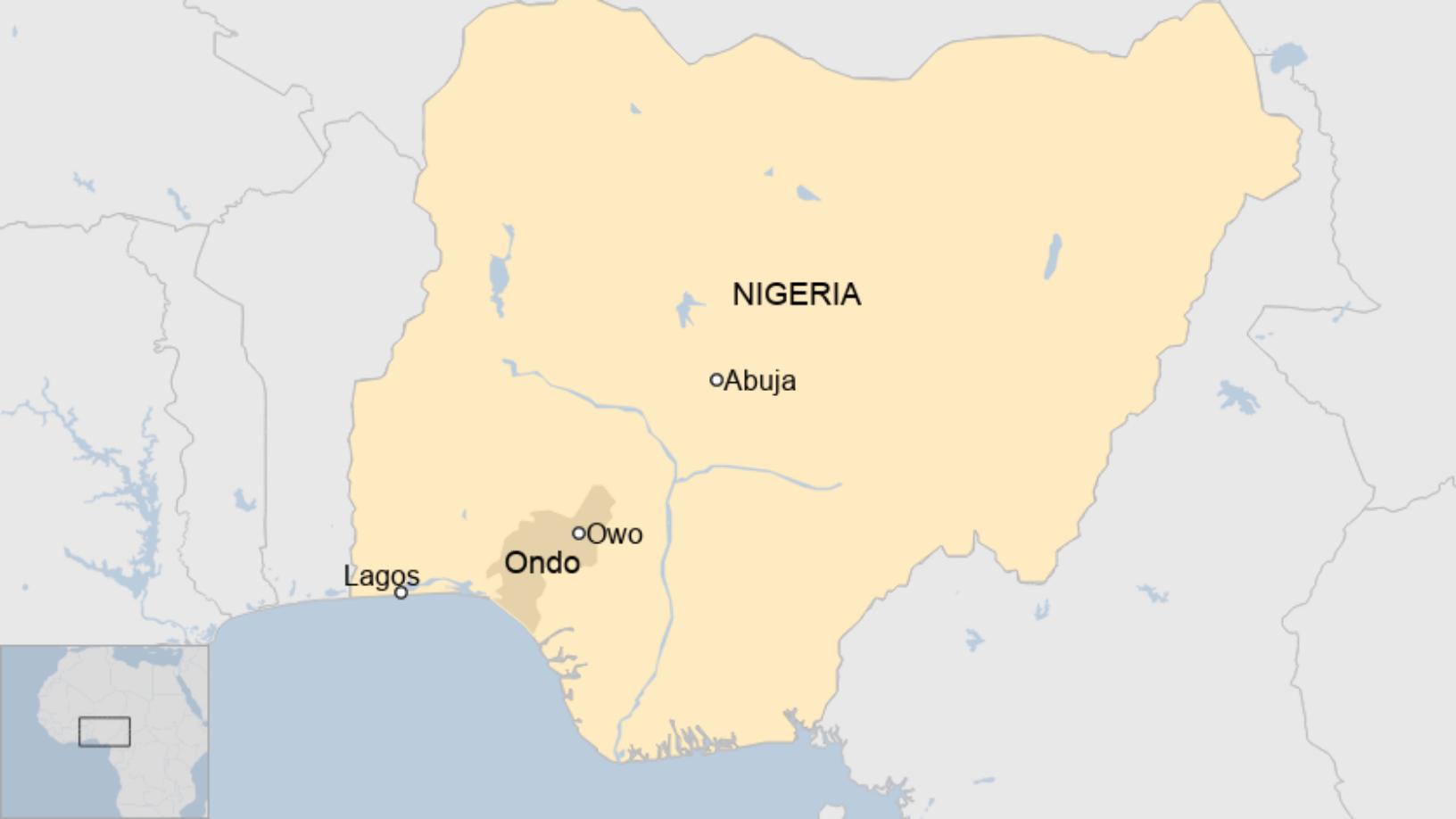