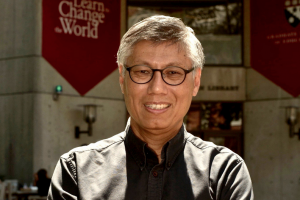 CBCPNews/CNA—The newly appointed bishop of Hong Kong gave a press conference Tuesday in which he said he believed that prudence and dialogue were a way forward in the challenges facing his diocese.

Bishop-elect Stephen Chow Sau-yan, told journalists May 18 that he did not think it would be wise to comment on especially controversial issues, particularly on China, the day after his appointment.

“That would be rash,” he said. “But it is not because I am afraid, but, I think, I believe that prudence is also a virtue.”

During the 45-minute press conference, organized by the Diocese of Hong Kong, Chow spoke mostly in Cantonese, but he also responded to questions in English about religious freedom in Hong Kong at a time when it is being tested after the passage of national security laws.

“For me, religious freedom is a basic right,” Chow said, adding that he believed that Cardinal John Tong Hon, the diocese’s apostolic administrator since January 2019, had encouraged the government not to forget the importance of allowing the practice of all faiths.

With “Beijing, I believe that we must also start also with a sense of — we don’t assume they are enemies … So how can we, through our faith, have some dialogue, can have some understanding together,” the bishop-elect said.

Chow’s episcopal consecration is scheduled for Dec. 4. Cardinal Tong, who retired as bishop of Hong Kong in 2017, will continue to serve as apostolic administrator in the interim.

Hand-written request from the Pope

Pope Francis appointed Chow, the current provincial of the Jesuits’ Chinese Province, to be the next bishop of Hong Kong on May 17.

The 61-year-old said he had turned down the request to be bishop in December because he thought that “the bishop of the diocese should better come from the diocesan priests.”

“I didn’t feel the call in myself to be bishop,” he added.

But when Chow received a handwritten letter from Pope Francis saying that the pope believed he should be the bishop, he changed his mind.

“In the end, as Jesuits, we owe our obedience to the Holy Father,” Chow said.

“The Holy Father wrote something in his handwriting that he believed I should be the bishop, and I read the letter. It was in Italian — I don’t know Italian, OK — but it was translated for me. … And so, for me, this was a sign.”

Hong Kong is a special administrative region of China. Hong Kongers have historically enjoyed freedom of worship and evangelization, while in mainland China there is a long history of persecution for Christians who run afoul of the government.

The Diocese of Hong Kong has been without a permanent bishop since January 2019. Since then, millions of people in Hong Kong, including many Catholics, participated in large-scale pro-democracy protests, and the Chinese government gained the power to suppress the movement with the passage of national security laws.

When asked if he would publicly mark the June 4 anniversary of the 1989 Tiananmen Square protests, the bishop-elect said that this “depends on the legal requirements.”

“Sometimes in the past, I would go and really commemorate in the public arena, but there were times that I couldn’t go, so I prayed,” he said.

Chow said he thought that “listening and empathy” were very important to heal the divisions within Hong Kong, adding that “unity is not the same as uniformity.”

“I’ve just been appointed. I really have no big plan, grand plan of how to unify, but I do believe there is a God, and God wants us to be united,” he said.