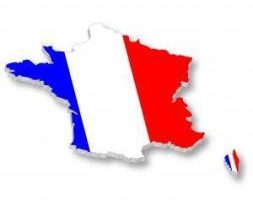 France: A Tale of Two Faiths

Crisis Magazine—Last March, an Islamist terrorist stormed a supermarket in Trèbes, France, shot two people dead and took others hostage. In negotiations with police, the terrorist agreed to accept a police lieutenant’s offer to swap places with the last hostage, a female cashier. The police officer, Arnaud Beltrame, was subsequently killed.

In honor of his heroic sacrifice, it was proposed that a place be named after Beltrame in the city of Marseille. But leftist officials vetoed the plan on the grounds that it might offend Marseille’s large Muslim population who, they argued, “will take it as a provocation.”

But why should Muslims be offended by the honoring of a policeman who was willing to risk his own life for the sake of another?

One possible reason is that many Muslims value the lives of Muslims above that of non-Muslims. This goes well beyond the normal human tendency to identify with people of the same race, religion, or ethnicity. Indeed, it’s a matter of doctrine. According to the Koran, Allah created Muslims “the best of peoples” (3: 110). How much better? One widely consulted sharia law manual stipulates that the value of a Jew or Christian is one-third the value of a Muslim (o4. 9). Moreover, a Muslim who kills a non-Muslim is not subject to “retaliation,” i.e., the death penalty (o1. 2), although he may need to pay a fine.

Whatever the legal fine points, the overarching principle is that “the killing of a believer is more heinous in Allah’s sight than doing away with all of this world” (o1. 0).

Lieutenant Colonel Beltrame didn’t kill the believer, but he did try to disarm him, and his failed attempt was the catalyst for his fellow officers to move in and kill the terrorist. From a Western point of view, it’s a clear case of the good guys against the bad guy, with the good guys finally coming out on top.

But try to look at the incident from the point of view of a devout Muslim. That a Muslim was killed was bad enough, but to have a place named in honor of the man whose actions precipitated his death would be like rubbing salt in the wound. And, after all, what had Beltrame done that was so important? He had saved the life of a non-Muslim woman—that is, a creature whose value, according to sharia law, is even lower than that of a non-Muslim man (o4. 9).

From the point of view of a sharia-adherent Muslim, there is the further question of who was the real hero. In the hour before the supermarket attack, Redouane Lakdim drove to a police barracks and tried to run down four police officers who were jogging near the barracks. Once inside the supermarket he declared that he was a soldier of the Islamic State, and that he was willing to die for Syria. In exchange for the release of his hostages, he demanded the release of Salah Abdeslam, the primary suspect in the November 2015 Paris attack that left 130 dead and 368 injured.

In short, from an Islamist point of view, Lakdim was a martyr—a man who was willing to sacrifice his life in the service of Allah by committing jihad against unbelievers. Considering the extremely high regard in which martyrs are held in the Muslim world, even a Muslim of a more moderate disposition would probably have a certain respect for Lakdim. A more devout Muslim might very well pray to him as an intercessor. It’s quite likely that in some Muslim homes in Marseille there are small shrines to Lakdim featuring his picture illuminated by candle light.

The left-wing officials who vetoed the honoring of Beltrame’s name would be the first to claim that all cultures share the same basic values, yet they were shrewd enough to realize that in some matters there is a deep gulf between cultures. There was indeed a good chance that many Muslims would have been … read more>>