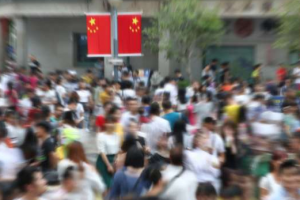 CNA—The Chinese Communist Party is offering monetary rewards to those who report the presence of home churches in their communities, the magazine Bitter Winter reported on Thursday.

The rewards appear to be an expansion of a program already in place in the province of Heilongjiang, reported earlier this year. In the city of Nenjiang, residents were offered a reward of 5,000 RMB (about $700 U.S.) if they reported suspected illegal religious activity to the authorities.

Now, per Bitter Winter, the “incentive” program has been replicated in other cities around the country, and rewards have swelled to up to 100,000 RMB, which is about $14,000 U.S.

Last month, in Hainan province, the Public Security Department posted a “Notice on Rewarding Those Who Report Clues on Xie Jiao Illegal and Criminal Activities.” “Xie Jiao” is a Chinese phrase that means “evil cult.” In practice, it refers to any religious activity that is not sanctioned by the government.

Hainan officials are offering up to 100,000 RMB, depending on how accurate and useful the “tip” is.

In Zouping City, in Shandong province, the identity of someone who is a member of The Church of Almighty God or a practitioner of Falun Gong is rewarded with up to 2,500 RMB, which is about $360 U.S.

Officials in the province of Guangdong are also offering a 100,000 RMB reward for information about members of “Xie Jiao.”

In addition to monetary rewards, Chinese officials are also posting anti-religion propaganda throughout the country. Posters reading  “Don’t believe in any religion other than the Communist Party. It’s enough to believe in the Party and the People’s Government of China” were hung in parks in Yucheng county, which is located in the province of Heinan.

Despite a provisional agreement between the Vatican and China, signed in 2018, many Catholics in the country remain part of the underground Church. Bishops and priests have reported harassment, arrest and detention for refusing to make public acts of loyalty to the Chinese Patriotic Catholic Association, the Communist-controlled state Church.

The case of Bishop Jame Su Zhimin, missing since 2003

Earlier this week, a congressional hearing on religious freedom in China highlighted the case of Bishop James Su Zhimin of the Diocese of Baoding, who was arrested in 1997 and has not been seen since 2003.

“President Xi Jinping: Where is Bishop Su, and what have you done to him?” Rep. Chris Smith (R-N.J.), co-chair of the commission, asked in his opening remarks of a July 30 hearing of the bipartisan Congressional Tom Lantos Human Rights Commission.

The news of monetary rewards for turning in religious practitioners also comes as anywhere from 900,000 to 1.8 million Uyghurs in the country’s northwestern province of Xinjiang are estimated to have been detained in a system of more than 1,300 camps.

Consistent accounts have emerged from the region, detailing anti-religious indoctrination, torture, forced sterilization, and other abuses committed against those in camps.

Many Uyghurs have reportedly been forced to work in factories or agriculture inside and outside of the detention camps, or have been moved by the authorities to other factories throughout China. Citizens of Xinjiang outside the camps are subject to a system of mass surveillance and predictive policing.