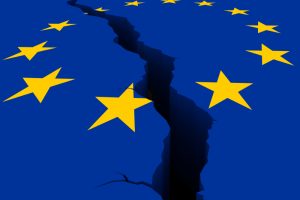 WSJ—When Pope John Paul II visited Ireland and his native Poland in 1979, these two redoubts of Catholic faith seemed to be on a similar path. Millions gathered to listen to the pontiff in Dublin and in Warsaw.

In Poland, the wave of religious fervor after the trip catalyzed resistance, spurring the Solidarity movement the following year and helping to precipitate the chain of events that led to Communism’s collapse. In Ireland, the Catholic Church’s power also appeared to grow in the aftermath of the papal visit, the first in the nation’s history. In a 1983 referendum, some two-thirds of Irish voters backed a constitutional amendment to prohibit abortion. In another referendum three years later, a similar majority followed the church’s guidance and voted against legalizing divorce.

Today, these two European Union member-states—where the Catholic Church once played a vital role in resisting foreign rule and fostering the very sense of national identity—seem to be following divergent trajectories. It is a symptom of a wider split that could threaten the entire European project.

Belatedly embracing the liberal trends that have swept the rest of Western Europe, Ireland voted by huge margins to recognize same-sex marriage in 2015 and to legalize abortion last year. The country has little anti-immigrant feeling, and it isn’t a political issue that Prime Minister Leo Varadkar is the openly gay son of an Indian doctor. Ireland’s Catholic Church, weakened by revelations of widespread sexual abuse, has lost much of its appeal. Only a fraction of the crowds that greeted John Paul II in 1979 turned out for Pope Francis last August.

“We’re no longer a Catholic country. The young generation are predominantly atheist or agnostic, even though the vast majority were educated in church-based schools,” said Father Peter McVerry, a prominent Dublin-based Catholic priest who runs a nationwide charity that helps the homeless. “A lot of them feel that the church is irrelevant to their lives and that the church’s position on sexuality is from the Middle Ages.”

The story is very different in Poland—and many other parts of eastern and central Europe. Poland’s conservative government has made opposition to Muslim immigration its signature policy and has actively promoted a nationalist version of history that often ignores dark pages of the country’s past. Allied with the Catholic Church, which is generously funded by the state, it has also tried to further tighten Poland’s already strict restrictions on abortion. Campaigning for European Parliament elections scheduled for May, Jaroslaw Kaczynski, head of the ruling Law and Justice Party, this month decried as an “attack on children” plans by the mayor of Warsaw to teach about gay rights in the city’s schools. Same-sex marriage remains a non-starter.

“Poland has Christian and Catholic roots, its entire history is based on these Christian and Catholic values, and the majority of Poles are guided by these values,” said Robert Telus, a lawmaker from the ruling party who caused a stir by sponsoring an exhibition in 2016 about the supposed ills of homosexuality. “I doubt it will ever go as far as Ireland here. A return to our basic, natural values is beginning across all of Europe, including in Poland.”

This discrepancy in attitudes between Poland and Ireland mirrors the broader divide between Western Europe and the EU’s newer members from the former Soviet bloc. A recent Pew survey showed that views on gay equality and minorities such as Muslims or Jews vary dramatically on the two sides of the former Iron Curtain—as does the importance of religion, seen as a major component of identity across Europe’s east.

On the issue of same-sex marriage, for example, majorities in all the surveyed Western European countries except Greece support legal recognition, while majorities in all former Eastern bloc nations (except the Czech Republic) oppose it. In Poland, only 33% said they would accept Muslims as relatives, compared with 60% in Ireland.

The opposing paths of the two EU members are a symptom of a wider split that could threaten the entire European project.

This values gap between East and West raises questions about how sustainable European integration will be in the long run—and whether the EU will be… Read More>>    (If needed, link to WSJ app, also, fyi, you may need WSJ subscription to read full article)