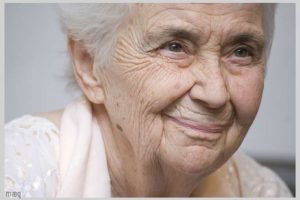 Meet the Religious Sister Known as the ‘Mother Teresa of Pakistan’

CNA—Before Sister Ruth Pfau arrived in Pakistan in the 1960s, life for leprosy victims in the country was filled with suffering and ostracization. In addition to the discomfort of the disfiguring disease itself, victims would often be isolated from society by others who feared catching the illness.

But the work of Sister Pfau – a German-born Catholic missionary who devoted her life to eradicating leprosy in Pakistan – transformed the lives of thousands of victims, making such an impact in the country that she became known as the “Mother Teresa of Pakistan.”

“It was due to her endless struggle that Pakistan defeated leprosy,” the German Consulate in Karachi said on Facebook after Sr. Pfau’s death in 2017.

Sr. Pfau was born in Leipzig in 1929, but her childhood home was destroyed by bombing during World War II. After the war, her family escaped the communist regime in East Germany and moved to West Germany, where Sr. Pfau studied medicine.

After joining the Daughters of the Heart of Mary, Sr. Pfau was sent to India to join a mission in 1960. On her way there, she was held up due to visa issues for some time in Karachi, where she first encountered leprosy, an infectious disease that causes severe, disfiguring skin sores and nerve damage in the arms, legs, and skin areas around the body.

In 1961, Sr. Pfau travelled to India where she was trained in the treatment and management of leprosy. Afterwards, she returned to Karachi to organize and expand the Leprosy Control Program. She founded the Marie Adelaide Leprosy Centre in Karachi, Pakistan’s first hospital dedicated to treating the disease, which today has 157 branches across the country and has treated more than 50,000 leprosy victims.

“Well if it doesn’t hit you the first time, I don’t think it will ever hit you,” she told the BBC in 2010 about her first encounter with leprosy.

“Actually the first patient who really made me decide was a young Pathan. He crawled on hands and feet into this dispensary, acting as if this was quite normal, as if someone has to crawl there through that slime and dirt on hands and feet, like a dog.”

“The most important thing is that we give them their dignity back,” she told the BBC at the time.

She was also known for rescuing children with leprosy, who had been banished to caves and cattle pens for years by their parents, who were afraid of contracting the disease themselves.

Sr. Pfau trained numerous doctors in the treatment of leprosy, and in 1996 the World Health Organization declared that leprosy had been controlled in the country. By 2016, the number of patients under treatment for leprosy in Pakistan had fallen to 531, down from 19,398 in the 1980s, according to the Karachi daily Dawn.

The nun won many honors and awards for her work, both from Pakistan and Germany. In 1979, the Pakistani government appointed her Federal Advisor on Leprosy to the Ministry of Health and Social Welfare.

The Pakistani government also honored her with the Hilal-e-Imtiaz, one of the highest awards available to citizens, in 1979, and the Hilal-e-Pakistan in 1989. She was granted Pakistani citizenship in 1988. In 2002 she won the Ramon Magsaysay Award, regarded as Asia’s Nobel prize.

She also authored several books about her experiences, including “To Light A Candle,” which has been translated into English and “The Last Word is Love: Adventure, Medicine, War and God.”

Sr. Pfau died Aug. 10, 2017 after being hospitalized in Karachi a few days earlier due to complications related to age. She was 87 years old.

Pakistani leaders mourned her death, praising her contribution to the well-being of their nation.

Pakistani President Mamnoon Hussein called Sr. Pfau’s work unforgettable, saying, “She left her homeland and made Pakistan her home to serve humanity.” He pledged that “her great tradition to serve humanity will be continued.”

Harald Meyer-Porzky from the Ruth Pfau Foundation in Würzburg said Sr. Pfau had “given hundreds of thousands of people a life of dignity.”

Sr. Pfau’s funeral was held Aug. 19, 2017, and she was buried at the Christian cemetery in Karachi.