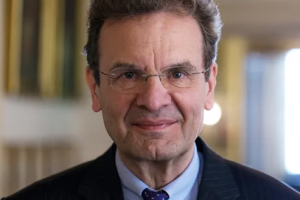 The former grand chancellor of the Order of Malta has written a letter to members calling for unity while also expressing concern over the new constitution promulgated by Pope Francis.

Albrecht von Boeselager asked members not to abandon the Church or the Order of Malta in a letter sent to all the confreres.

Instead, the former grand chancellor called for unity at this challenging time for the order.

“Certainly, the foreseeable future will not be easy for the order and for us as members,” Boeselager wrote.

“I cannot imagine that the new Constitution issued by the Holy Father will be helpful for the development of our Order’s charism, the

strengthening of our spirituality and the growth of the Order’s works.”

Boeselager added that he has “received many messages from members of the order who are questioning their continued membership after the recent decisions. I would like to ask everyone to stay. Especially now, it will be important to prove our faithfulness to the charism of the order, to the service of the faith and of those in need. That is why we joined the order. The order will survive this crisis, as it has many others.”

In the missive, dated “September 2022,” Boeselager wrote he was responding to many letters of encouragement he had received. He said he wanted to assure everyone he was well and thank members of the Sovereign Council and other officials.

Boeselager also noted that “many have also expressed to me their great disappointment in the Holy Father — they could no longer regard him as the father he promised to be for the Order.”

He also said, “some, from different parts of the world, have even written to me that they are considering leaving the Catholic Church.”

“That cannot be the right reaction either,” the German wrote.

“The Holy Father’s decision may be unjustified and unhelpful to the order. This does not alter the fact that he, as the successor of Peter, is the rock upon which God continues to build the Church, even if individual decisions are wrong.”

The Order of Malta situation

Boeselager’s missive came at a difficult moment of transition for the Order of Malta.

On Sept. 3, Pope Francis dismissed the Sovereign Council of the Order of Malta, promulgated the new constitution, and summoned a general chapter for Jan. 25, 2023.

In 2016, Fra’ Matthew Festing, then grand master, asked Boeselager to resign in the presence of Cardinal Raymond Burke, the order’s cardinal patron (the pope’s representative to the order). The request was tied to reports about the alleged distribution of condoms in Burma by Malteser International, the order’s relief agency.

Fra’ John Edward Critien was appointed interim grand chancellor. But several knights appealed against the decision, arguing that the situation in Burma had been resolved and Boeselager was not even grand hospitaller at the time.

The pope decided to establish a commission to clarify the situation. Ultimately, it was suggested that Festing should step down instead. On Jan. 28, 2017, following the resignation, Pope Francis appointed Cardinal Angelo Becciu, then archbishop, as his special delegate to the order.

The order began a reform process after having appointed Fra’ Giacomo dalla Torre as lieutenant of the grand master, who the following year was appointed grand master.

Any progress was interrupted by the death of Dalla Torre on April 29, 2020. Fra’ Giacomo Luzzago was elected lieutenant of the grand master, a post that lasts one year and could be renewed. The pope, however, confirmed the appointment of the lieutenant without such a limit and, in the meantime, gave extraordinary powers to the new delegate, Cardinal Silvano Maria Tomasi.

Then, on the sudden death of Luzzago, the pope personally appointed a lieutenant of the grand master in the person of Fra’ John Dunlap. With him and Father Gianfranco Ghirlanda on the delegate’s team, this latest reform was carried out, forcing its approval without going through a discussion.

As seen, the pope has made several personal decisions regarding the order, to the point of abolishing its governing bodies and personally appointing the sovereign council.

The Order of Malta is a state without territory, a sovereign entity with diplomatic ties with 112 states. Pope Paschal II conceded the Order of Malta’s sovereignty almost a thousand years ago, in 1113 A.D.

Although the sovereignty derives from this papal concession, it is noteworthy that only the First Class Knights, the so-called Fras, take vows and are comparable to a monastic order under direct obedience to the pope.

A case of Pope Francis intervening in the governance of the Sovereign Order of Malta is, therefore — to some degree, for critics — comparable to interfering with another state’s government.

If the Order of Malta is a state subject to the Holy See, what is the purpose for other states to maintain diplomatic ties?

The lieutenant of grand master’s position

In an interview with the Italian Bishops’ Conference newspaper Avvenire on Sept. 21, Dunlap, lieutenant of the grand master, dismissed the dilution of sovereignty.

“We have always been a religious order and the pope’s authority,” he said. “Nothing has changed from this point of view. Sovereignty is functional to our reality. Nothing has changed under this aspect, either. We have full diplomatic ties with 112 countries, and none of them has broken the ties, and neither did they with the Holy See. The pope has always valued our being a religious order, but he never questioned that we could keep our sovereignty.”

Dunlap, however, admitted that some of the reforms were personally pushed by the pope. One of them is that the grand master is no longer a life-term position but can be elected for a maximum of two 10-year terms.

“It is a pope’s decision,” Dunlap said, “but the pontiff also told us that this point might be changed in the future if we want. For example, we could establish that the grand master, once he reached a certain age, must, as the bishops do, resign. Resignations will be into effect after the Sovereign Council accepts them.”

Dunlap also said that the provisional government has been “a popes’ decision.”

However, Dunlap said that the order’s institutional crisis did not harm ordinary activity. Given the Ukraine war relief efforts, he said, the number

“We also kept helping refugees and migrants, especially in Turkey, Lebanon, and Syria, and we have been on the front line and at the poorest’s side to face a pandemic. The order is also very much respected in Muslim countries, where we are the only ones able to [publicly display] the cross,” the lieutenant of grand master said.