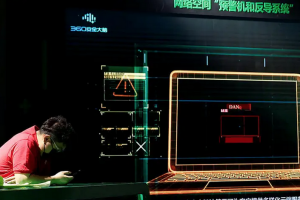 Haaretz—A coordinated cyberattack… hit dozens of Israeli government and private organizations, according to an announcement Monday by the international cybersecurity company FireEye.

This is the first documented case of a large-scale Chinese attack on Israel. It was part of a broader campaign that targeted many other countries, including Iran, Saudi Arabia, Ukraine, Uzbekistan and Thailand. FireEye has been monitoring the operation for two years.

The attack, revealed by FireEye, also targeted Israeli defense bodies and was part of a broader campaign by Chinese intel. It is the first documented case of a large-scale Chinese attack on Israel.  FireEye is a publicly traded cybersecurity company headquartered in Milpitas, California. It has been involved in the detection and prevention of major cyber attacks.

According to the company’s report, the Israeli targets included state bodies and as well as private organizations from the fields of shipping, high-tech, telecommunications, defense, academia and information technology.

By analyzing the hacking tools used and comparing them to similar attacks in the past, FireEye concluded that Chinese intel services and their Ministry of State Security was behind the attack.

Dozens of state and private Israeli orgs – including defense bodies

Data, emails and hundreds of documents

IT companies were particularly sought-after targets because they are what is known as a supply chain threat – meaning that through them, the hackers can reach many other companies. The attacks were aimed at stealing know-how, commercial secrets and business intelligence.