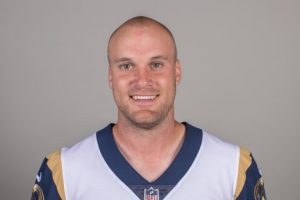 Los Angeles Rams’ Kicker on the Sole Goal of a Christian

Record-setting Greg Zuerlein places heaven above the Super Bowl.  Last year in the playoffs, placekicker Greg Zuerlein was unable to help the Los Angeles Rams advance out of their wild card game due to injury. This year he has helped his team mightily, making three field goals against the Dallas Cowboys in the divisional round and four against the New Orleans Saints in the NFC Championship Game. The last two of those four field goals were a 48-yarder to send the game to overtime and a game-winning 57-yard field goal (FG) in overtime, the longest FG in NFL playoff history.

Although now the Rams’ battle with the New England Patriots Sunday in Super Bowl LIII is over, this interview was held before the game. Interestingly, the same two teams faced off the last time the L.A. Rams (then based in St. Louis) made the Super Bowl in 2002.

While Zuerlein is very happy to be part of the success of this year’s Los Angeles-based NFL team, he has an ever-growing sense of how much more important it is to be a faithful follower of Christ Football will one day be a memory, but his spiritual identity will remain, and with it, the only goal that really matters: Getting to heaven.

Zuerlein, 31, spoke of the sole goal of a Christian in this interview, as the Super Bowl in Atlanta’s new Mercedes-Benz Stadium approached (now past).

Q.  You made two huge kicks against the Saints in the NFC Championship Game. Were you nervous beforehand?

A.  Last year we made the playoffs, but I was injured, so didn’t get to play against the Falcons. Because of the lack pf playoff experience, I was nervous going into our game against the Cowboys this year in the divisional round. Yet once I started kicking in warmups, I wasn’t really nervous at all, and the same thing happened against the Saints.

The Saints’ game was very competitive, and things came together just when we needed them to. We don’t practice generically, but specifically, so all kinds of scenarios are run through long before the game, especially ones that involve time running out, quick transitions and so forth. Thankfully, our preparation paid off.

Q. Everyone to whom I’ve talked who has played in the Super Bowl says the game itself is just another day of football and that the real challenge is all the noise around the game. Do you think the team is ready for that challenge?

A. I think so. Last week we were all very relaxed and just treating the Patriots’ game as another among many. This week we will be subjected to all kinds of extra things that other games don’t have surrounding them, but the bottom line is, the next game is just like all the other games we’ve played. The field and goal posts still have the same dimensions, the rules and regulations are still the same, and we’ve been preparing accordingly. 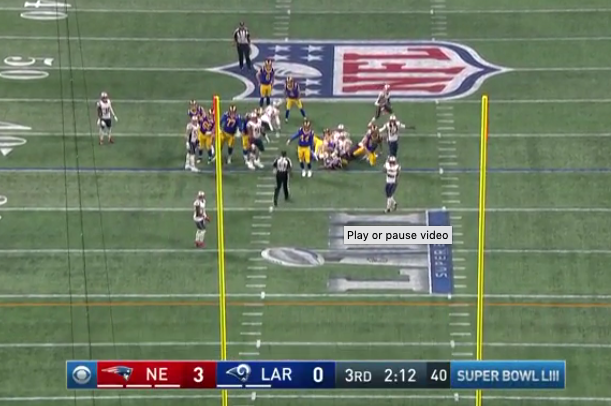 Q.  Do you think one reason you’re not as nervous as you expected is being a father of four young children?

A.  Without a doubt. Little children prepare you, even better than specific practice situations, for anything that might happen. There’s always something going on with the children, so my mind is occupied with their concerns rather than work worries. Plus, my children don’t care at all what I do at work. They are completely oblivious to that and are just happy to see me when I come home.

Q.  Kellen Clemens recently mentioned getting a Christmas card from you and how you now have the same number of children.

A.  Yes, we both had the most recent additions to our family come last year, so we’re both at four children. That’s considered a huge family by some people, but the whole point of getting married is to raise good children — first giving them natural life and then giving them supernatural life in the Church. Children are supposed to be valued highly, but not in the sense of being a scarce luxury. The default setting for a family is to have children, so it shouldn’t be considered odd when children come about.

Q.  In our last interview you mentioned Jason Evert’s book about John Paul II. Have you read any good Catholic books recently?

A.  Usually I dabble in many books at a time, reading a little from one and a little from another, but I finished Four Witnesses by Rod Bennett in two or three… Read more>>