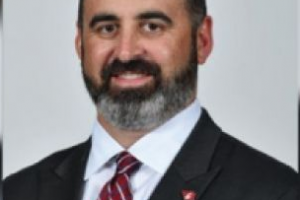 CNA—The former Washington State University football coach, a Catholic, intends to sue the school after he was refused a religious exemption to the state’s COVID-19 vaccine mandate and was subsequently fired for not getting vaccinated.

Nick Rolovich, a Catholic, had previously announced in July that he would not be receiving a COVID-19 vaccine, but would follow state guidance. As head football coach at a state university, Rolovich was subject to the state’s COVID-19 vaccine mandate.

He requested a religious exemption from the vaccine requirement, but the university denied this request and he was subsequently fired on Oct. 18, along with four assistant coaches who were unvaccinated. His lawyer said on Wednesday that he will be taking legal action against the university.

“It is a tragic and damning commentary on our culture, and more specifically, on Chun, that Coach Rolovich has been derided, demonized, and ultimately fired from his job, merely for being devout in his Catholic faith,” said Fahling. said an Oct. 20 statement from his lawyer, Brain Fahling, that was published by KXLY. Fahling called the firing “unjust and unlawful.”

“It came after Coach Rolovich’s request for a religious exemption from the vaccine was denied by the University. The institution also indicated that even if the exemption had been granted, no accommodation would have been made. As a result, Coach Rolovich will be taking legal action against Washington State University, and all parties responsible for his illegal termination,” he said.

Washington Governor Jay Inslee announced the vaccine mandate on Aug. 18, requiring employees in K-12 schools, most early childhood learning centers, and institutions of higher education to receive a COVID-19 vaccine. Although the mandate allowed for religious exemptions, Rolovich applied for but did not receive an exemption by the deadline of Monday, Oct. 18.

Per Washington state’s Office of Financial Management, 1,887 state employees had either left their jobs or been fired as of Oct. 18 due to the mandate. This figure is nearly identical to the number of accommodations – 1,927 – granted by the state.

A total of 89.4% of the state’s roughly 63,000 employees have been vaccinated, and an additional 4.6% are “pending action, which includes being in the process of being vaccinated, pending retirement, pending accommodation or separation.”

Fahling said that the university’s athletic director Pat Chun had Rolovich escorted off campus following his termination, and forbade Rolovich from going into his office or speaking to the football team.

Fahling accused Chun of having “animus towards Coach Rolovich’s sincerely held religious beliefs,” and said that the extent of his “dishonesty” would be revealed in the coming lawsuit. Fahling did not state when the suit would be filed.

The U.S. Conference of Catholic Bishops and the Vatican’s Congregation for the Doctrine of the Faith both have acknowledged ethical concerns with the COVID-19 vaccines currently in use, due to their use of cell lines derived from an elective abortion. However, the Vatican congregation called the vaccines’ connection to the evil of abortion “remote,” and said their use is “morally licit” due to the “grave danger” of the pandemic.

The vaccines, however, are not “a moral obligation,” the congregation stated, and those refusing the vaccines out of “conscience” must take alternative actions to prevent the spread of COVID-19.

Bishop Thomas Daly of Spokane, whose diocesan territory includes Washington State University, has said that Catholics may receive the COVID-19 vaccines available for use despite their “remote” connections to abortion.

In a Jan. 29, 2021 letter to the diocese concerning vaccines, Daly wrote, “We may accept these vaccines for the morally proportionate reasons in this circumstance, such as the preservation of health, lives, and livelihoods.”

Daly said that while “individuals are morally free to decline the vaccine,” they “should remain attentive and responsive to ways that they can contribute to the common good in this time of pandemic.”

Daly has also acknowledged the conscience rights of Catholics to refuse COVID-19 vaccines, but has dissuaded priests from signing documents affirming their conscience exemptions.