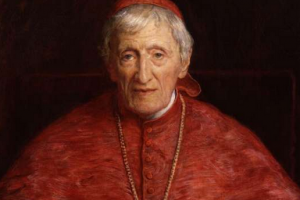 Following a Feb. 12 meeting with Cardinal Angelo Becciu, the head of the Congregation for the Causes of Saints, the pope signed off on a second miracle attributed to the intercession of Newman, who was beatified by Pope Benedict XVI in Birmingham, England on Sept. 19, 2010.

The first miracle attributed to Newman’s intercession involved the complete and inexplicable healing of a deacon from a disabling spinal condition.

His second miracle concerned the healing of a pregnant American woman. The woman prayed for the intercession of Cardinal Newman at the time of a life-threatening diagnosis, and her doctors have been unable to explain how or why she was able to suddenly recover.

The date of his canonization has not yet been announced.

Bl. John Henry Newman was a 19th century theologian, poet, Catholic priest and cardinal. Originally an Anglican priest, he converted to Catholicism in 1845 and his writings are considered among some of the most important Church-writings in recent centuries.

Ordained a Catholic priest in 1847, he was made a cardinal by Pope Leo XIII in 1879, although he was not a bishop. Newman was also particularly dedicated to education and founded two schools for boys.

Possible patron of scholars and students

Sr. Kathleen Dietz, FSO, a Newman scholar, and vice-chancellor of the Diocese of Erie told CNA last November she suspects that Newman could be named the patron of scholars and students.

Pope Francis also green-lighted Feb. 13 the canonization of Bl. Maria Teresa Chiramel Mankidiyan of India, the founder of the Congregation of the Sisters of the Holy Family, who died in 1926 in Kuzhikkattussery.

He also approved the canonization of martyred Jesuit Fr. Salvatore Vittorio Emilio Moscoso Cardenas, who was killed in hatred of the faith in Ecuador in 1897.

Those declared to have lived lives of heroic virtue and to be on the path to beatification are Cardinal József Mindszenty, archbishop of Esztergom and primate of Hungary (1892-1975); Fr. Giovanni Battista Zuaboni, founder of the Secular Institute of the Company of the Holy Family (1880-1939); Jesuit Fr. Manuel Garcia Nieto (1894-1974); Sr. Serafina Formai, foundress of the Congregation of the Missionary Sisters of the Glad Message (1876-1954); and Sr. Maria Berenice Duque Hencker, foundress of the Congregation of the Sisters of the Annunciation (1898-1993).