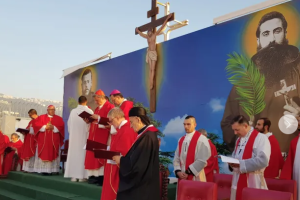 CNA—Two Catholic priests martyred under the Ottoman Empire were beatified in Lebanon over the weekend.

I am not afraid of death!

Father Leonard Melki and Father Thomas Saleh were Capuchin friars and missionaries in what is now Turkey who were arrested, tortured, and martyred by the forces of the Ottoman Empire in 1915 and 1917 respectively.

Melki was given a choice: convert to Islam and be freed, or die as a Christian. Refusing to apostatize, the Lebanese priest was forced to march with more than 400 Christian prisoners into the desert, where he was killed “in hatred of the faith” on June 11, 1915.

Saleh was arrested and sentenced to death after giving shelter to an Armenian priest during the Armenian genocide. Before his death, he said, “I have full trust in God, I am not afraid of death,” according to the Capuchin Order in Lebanon.

Cardinal Marcello Semeraro, the prefect of the Dicastery for the Causes of Saints, presided over the outdoor beatification Mass on the evening of June 4 at the Convent of the Cross in Jal el Dib, outside of Lebanon’s capital, Beirut.

“Humanly, they are victims,” Semeraro said. “They are victims of a wave of hatred that on several occasions swept through the late Ottoman Empire and was intertwined with the tragic events of the persecution against the entire Armenian people and the Christian faith.”

The cardinal praised Melki and Saleh for their spiritual fortitude, which he said manifested itself in a “passion for the truth and love of goodness to the point of renunciation and the sacrifice of one’s life.”

“Benedict XVI, our pope emeritus, wrote in the encyclical Spe salvi that in the truly serious trials of life, especially when it happens that we must make our own definitive decision to place the truth before comfort, career, possessions, we need the certitude of that true, great hope. Precisely then ‘we need witnesses — martyrs — who have given themselves totally, so as to show us the way — day after day,’” he said, quoting Benedict XVI’s encyclical on Christian hope.

“‘We need them if we are to prefer goodness to comfort, even in the little choices we face each day — knowing that this is how we live life to the full.’” 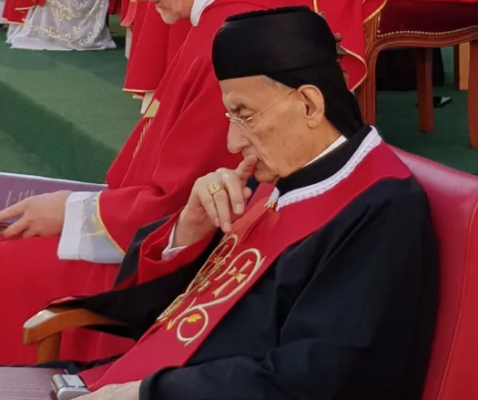 “The time has come for us to listen to what God tells us. Let us put aside the voices of our personal, factional, partisan, and sectarian interests, so that we can hear what the Holy Spirit is telling us.” —Maronite Patriarch Cardinal Rai

Pope Francis recognized the martyrdom of Melki and Saleh in a decree in October 2020. Melki was killed alongside the Armenian Catholic archbishop Blessed Ignatius Maloyan, who was beatified by John Paul II in 2001.

After the beatification, Melki and Saleh will be remembered locally in the liturgy on June 10.

“With the beatification of two Lebanese friars, God addresses once more the Lebanese officials, politicians, and people, in the difficult circumstance we are living in from all sides, and calls us to open up to the work of the Holy Spirit,” Rai said at a thanksgiving Mass on June 5.

“The time has come for us to listen to what God tells us. Let us put aside the voices of our personal, factional, partisan, and sectarian interests, so that we can hear what the Holy Spirit is telling us.” 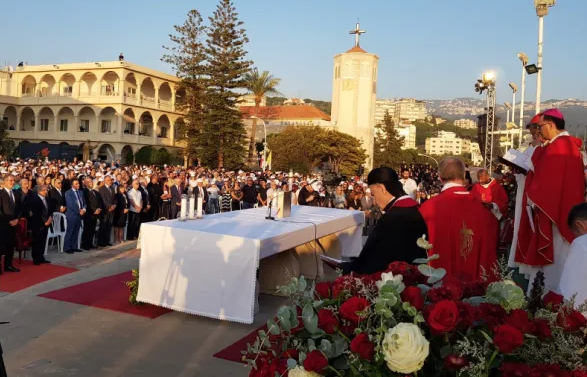