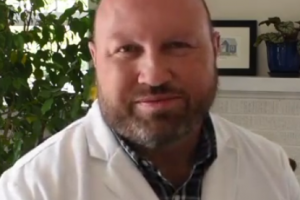 Biblical teaching and medical ethics led Dr. Rod Story to leave a hospital that was asking him to violate both.

Since resigning from Pullman Regional Hospital in Washington state at the end of 2017 rather than participate in “transgender” surgeries, Dr. Story has not only started his own successful direct primary care practice, but he and his wife, Jenny, also joined Samaritan Ministries, a healthcare sharing ministry.

Over nearly a decade as staff hospitalist and palliative physician, Dr. Story was glad to provide excellent care to every patient, including “transgender” ones. In 2017, Dr Story was recognized for his service by his fellow physicians and nursing staff, receiving the Physician Excellence Award.

“I’ve taken care of every patient without reservation or regard to their persuasion,” Dr. Story says. “I’m not out there looking to serve transgender people to prove a point, but it has never crossed my mind that there would be anyone I wouldn’t serve. Because of the dignity of life and the value of every soul, there is no one I would not treat with respect and kindness, even if I disagree with what they’ve chosen to do.”

But there are things he can’t do in good conscience as a doctor, and one of them is to cooperate in a procedure that he feels is not only harmful to the person, but also against the natural order that God has created.

When the 25-bed critical access hospital decided last summer to allow vaginoplasties on men, cosmetic surgery that reshapes male sexual organs into something resembling a female sexual organ, Story asked to be allowed to not participate.

In his role at Pullman, Dr. Story frequently was responsible for prepping patients for surgery and caring for them afterwards. But, he said in a statement, he couldn’t take part in a surgery that involves “removing healthy organs,” which he saw as a violation of medical ethics.

“As physicians, one of our guiding principles is to ‘First do no harm,’” he said.

Dr. Story also cited studies that show that psychological disturbances remain for people who have surgery to change their sexual appearance.

Additionally, as a Christian he believes that “genders are God-given,” citing Jesus’s affirmation that “He who created them from the beginning made them male and female” (Matthew 19:4).

“No matter how savvy your medical skills, you cannot truly make a man into a woman,” Rod says. “Doctors are lying to patients when they say otherwise. Transgender surgery is wrong.”

Hospital administrators, who did not respond to interview requests, announced the new policy less than a week before they would allow Dr. Geoff Stiller to begin performing training surgeries on the procedure.

“It was such a shock to me that at this little hospital, where I had been involved in almost every patient interaction, that I would find out so late in the process that this was happening,” Dr. Story says. “Like this was just another procedure among many.”

That attitude of “it’s just another cosmetic surgery” is pervading the medical establishment, with “transgendering” surgeries in the U.S. rising 20 percent from 2015 to 2016.

“The reality is it’s kind of in vogue right now among physicians and other providers,” Dr. Story says. “I think it does tend to come from a heart of concern; people who are dealing with gender dysphoria are very, very troubled individuals.”

But the desire to help such people has turned into “medical decisions based on a desire to make people feel better,” Dr. Story says.

After accepting public comment, Pullman Regional went ahead with the new policy. The hospital administration told Dr. Story that it wasn’t sure it could honor his request to not participate in the surgeries.

“That was ultimately where I felt like, ‘Oh, boy, I’d better be preparing to leave,’” the physician says.

“I think we realized through the process that many minds had been made up and the things that needed to occur to allow a hospital to be ready to do transgender surgery had already been in place for some time,” Dr. Story says.

While he was able to discuss his concerns with the board chairwoman, Dr. Story says he was not asked to address the board in a public meeting.

“They were generally congratulatory that they had had an open conversation,” Dr. Story says. “I was thinking, ‘Where was the open conversation that they had?’ The board expressed open satisfaction they had heard from one physician in the community who had convinced them this was the right thing to do. I was appalled that such a remarkably important decision was based on such a small amount of information. You really have to skip over a substantial amount of things that should cause great hesitation.”

One of those things stems from objective reality: “Nearly all of these patients are biologically clearly one gender or another. You must ignore a very basic biological fact of a genetic code in every cell of the body that tells them exactly what gender they are. And a hormonal process clearly shows them to be one gender or another. It’s not a matter of ambiguity.”

In addition, studies in other countries, such as Sweden and Canada, show that transgender surgeries don’t resolve emotional struggles. A 30-year study in Sweden, for instance, reported that “The overall mortality for sex-reassigned persons was higher during follow-up than for controls of the same birth sex, particularly death from suicide.” Dr. Paul McHugh, a psychiatrist at Johns Hopkins University, derailed the university hospital from performing the surgery nearly four decades ago, although it has now resumed the practice.

Plus, Dr. Story says, “You’re talking about a radical surgery, the removal of healthy organs. This is an extremely painful set of procedures with a very long and uncertain recovery. There is no reversal. Doctors are permanently destroying someone’s ability to have children. All of this is done based on a patient’s feelings, not on an objective disease.”

He said it was lonely at times as a Christian when the surgery dispute was going on.

“To my knowledge, only four churches in our area out of two dozen have been very bold, speaking against this as a wrong approach in medicine, but that means there were a lot of churches that did not speak up, and that’s been sad,” Dr. Story says. “I’ve had conversations with a number of believers who don’t see a problem with doing this, and they don’t see it as contrary to Scripture to support people changing their gender. That’s a real deep sadness to me.”

Dr. Story submitted his resignation from Pullman the day after the board decided to allow the surgeries. He and Jenny have since opened Story Family Medicine in Moscow, Idaho, a Direct Primary Care practice.

With 400 patients, “we are building,” Dr. Story says. “A lot of that is outpouring of support and blessing from people in the community who have been following the situation and who were urging us to stand up.”

As for the surgeries, they’re not currently being done at Pullman, but at nearby Gritman Medical Center in Moscow, Idaho, another local hospital.

“Men are traveling from elsewhere to undergo the vaginoplasties, and I understand that several are being done each week,” Dr. Story says.

He added that he’s thankful—for the sake of staff members, and particularly nurses, who shared his concerns but didn’t have his flexibility to leave.

“Nursing staff at Pullman hospital are able to continue to provide the excellent care that they’ve always given without having to have compromise their Christian beliefs,” Dr. Story says. “Unfortunately, a number of nurses at Gritman Hospital have not had the same protection.

“I’m grieved that physicians are hurting patients in this way. Generations from now, I believe physicians today will be considered barbaric for the hormones and surgeries that we encouraged vulnerable and hurting people to undergo.”