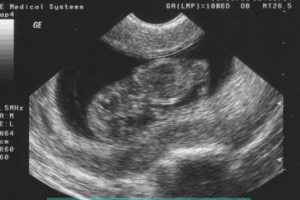 Three churches filed a notice of appeal Thursday in their lawsuit challenging the California Department of Managed Health Care’s (DMHC) mandate that forces churches to pay for elective abortions in their health insurance plans.

As revealed in e-mails that Alliance Defending Freedom attorneys who represent the churches discovered, the agency issued its mandate in response to specific demands from Planned Parenthood. Those demands asked agency officials to implement a “fix” requiring the health plans of religious organizations to include coverage for abortion, regardless of moral or conscientious objections and despite state recognition up to that point that religious groups shouldn’t be subject to such requirements. The abortion giant threatened to promote its own legislative “solution” if the administrative agency didn’t act, so DMHC issued its mandate in 2014.

“The government shouldn’t be forcing churches to pay for abortion, and it is shameful and inappropriate that the government did so in this case at the bidding of Planned Parenthood,” said Alliance Defending Freedom (ADF) Legal Counsel Jeremiah Galus. “California officials are required to follow the law and legal precedent, not the dictates of groups that have an axe to grind against religious organizations that don’t share their views on abortion. We are asking the 9th Circuit to strike down this obviously unconstitutional mandate.”

“No state agency anywhere has the right to demand that church health insurance plans contain this kind of coverage, which clearly violates these churches’ most sincerely held religious beliefs,” added ADF Senior Counsel Erik Stanley, director of the ADF Center for Christian Ministries. “The state has no business implementing Planned Parenthood’s scheme to force religious groups to act contrary to their own pro-life beliefs under the threat of massive penalties if they don’t comply.”

In 2014, ADF and Life Legal Defense Foundation filed formal complaints with the U.S. Department of Health and Human Services against DMHC regarding its mandate and its violation of federal conscience law. Those came on the heels of a complaint filed directly with DMHC, which responded by affirming its decision to force all plans to cover all abortions without any explanation as to how that decision squares with the Constitution and contrasting federal law.